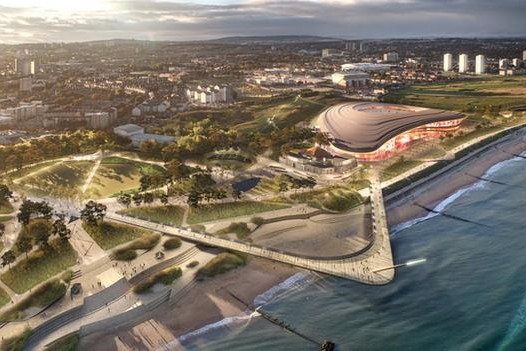 Aberdeen FC has signed up to the UN Sports for Climate Action Framework after revealing its ambitions to build Europe’s first net zero stadium.

The framework holds its signatories to reducing all associated emissions by 50% by 2030 and achieving net zero by 2040. As part of this commitment, Aberdeen FC said that it wants to build a “world class, net zero” stadium.

Architecture firm Populous has been working on designs for Aberdeen’s proposed new stadium next to their training ground on the coast at Kingsford.

The council granted planning permission for the new stadium alongside other developments to the coastal area.

Dave Cormack, Aberdeen FC chairman, said: “This will be no easy challenge as some of our biggest impacts on the environment relate to travel and our ageing stadium.

“Any new stadium will be integral to meeting our emissions reduction targets. It’s therefore our ambition to design and build a world-class, net-zero facility and adopting the UN’s framework will help us to achieve this.”

Populous has also been involved in the design and build of Tottenham’s new stadium, Arsenal’s Emirates Stadium, and the revamped Wembley stadium.