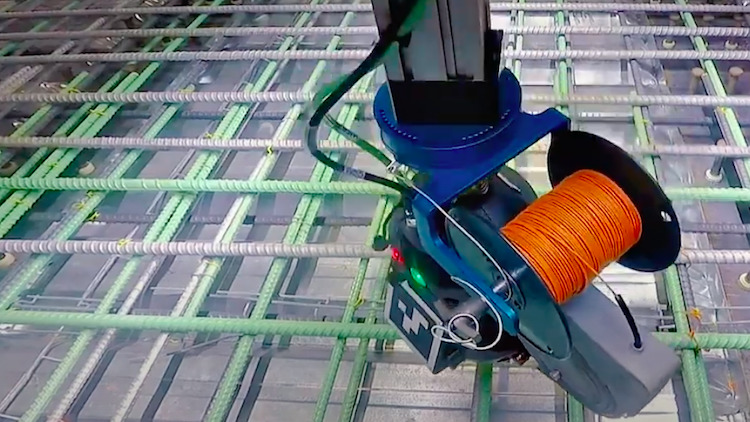 A robot that can self-locate, self-position, and self-tie rebar intersections is being put to use on a major civils project in the United States.

‘TyBot’, developed by Advanced Construction Robotics, can tie rebar intersections at a rate of 1,100 an hour; and is being used on the £437m ($598m) Gateway Expressway Project in Clearwater, Florida.

Shelby Erectors has already out TyBot to work in earlier stages of the Gateway project, completing more than 275,000 deck ties across an 81,750 sq. m. bridge deck.

According to Advanced Construction Robotics, the TyBot self-navigates its working area without pre-mapping or calibration, and can be assembled in up to four hours by two workers and a crane operator.

Once assembled, the robot requires one supervisor to monitor performance, reload the tie wire spool when necessary, and ensure the robot does not impede on-site safety protocol.

Read next: Lendlease to build £400m+ data centre in Japan