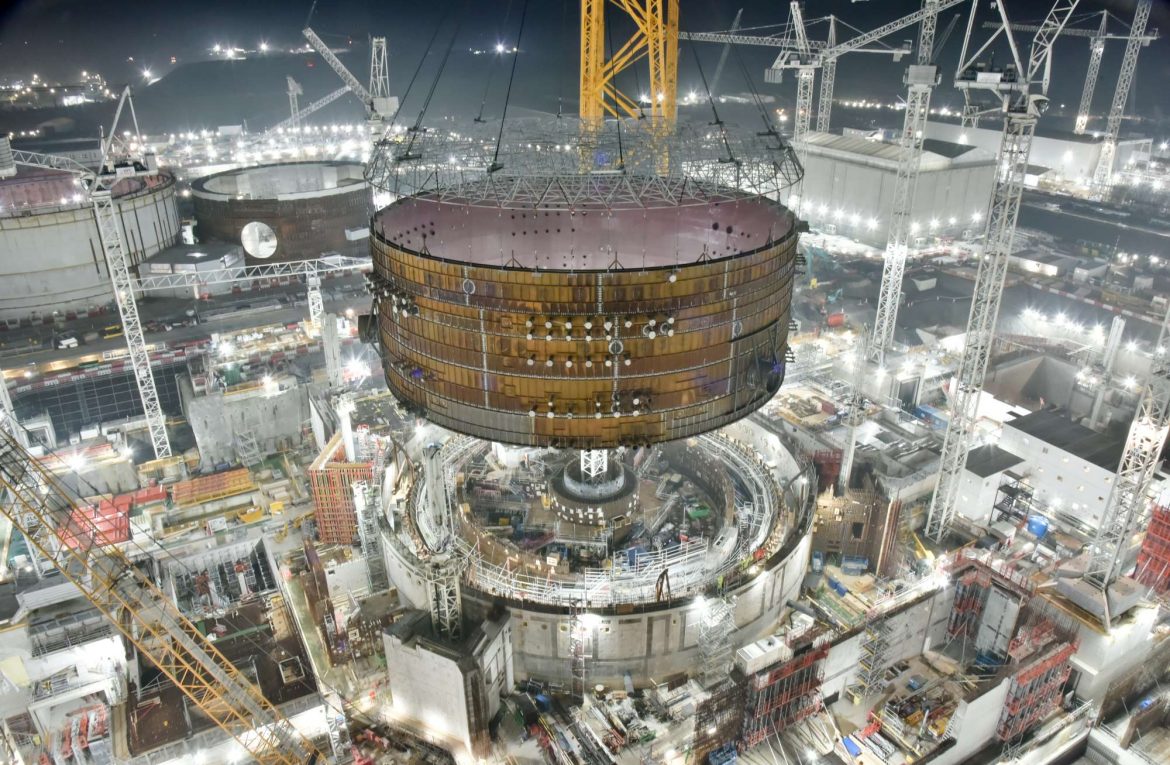 The lattice boom Sarens SGC-250 crane made the major lift just 11 months after the exact same operation on the first reactor.

The prefabricated ring, which is 47 metres in diameter and 17 metres high, forms a reinforced cylinder around the nuclear reactor.

The ring was built 25% faster than the same part on Unit 1, EDF said, requiring thousands of hours less labour to manufacture.

It added that this ‘replication effect’ will benefit the identical Sizewell C project in Suffolk – if and when that goes ahead.

The achievement is said to be all the more impressive as the project deliberately switched materials and labour away from Unit 2 during the pandemic when numbers on site were limited and suppliers were impacted.

This allowed work to focus on areas most critical to the project’s schedule. The optimum construction time between the two reactors at Hinkley Point C is around 12 months and this installation highlights how this gap is being maintained.

Simon Parsons, NI area, site & civils director, said: “This significant lift is testament to everyone involved – from the teams who fabricated it, to those on Unit 2 who’ve delivered the civil-works schedule enabling us to install it and also the lifting team themselves. We have continued to learn from Unit 1 to safely deliver a quality product.”