Bridge structures shifted into place at Hexham junction in Northumberland 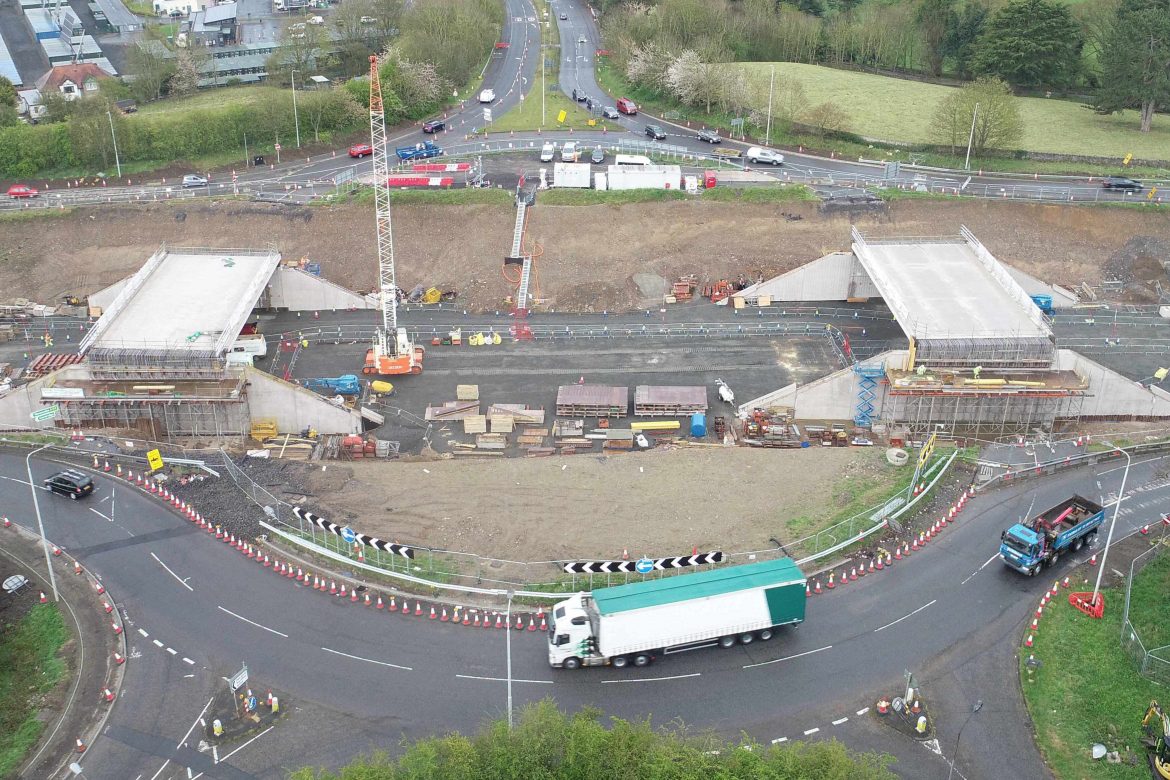 Tilbury Douglas has maneouvred into place parts of a new bridge at Hexham Junction in Northumberland, passing a key milestone on its A69 Bridge End upgrade project.

The £30m Highways England project is creating a grade-separated junction at the point where the A69 crosses the A6079.

The road is a key trans-Pennine route between Newcastle and Carlisle.

Tilbury Douglas (Interserve) has been appointed as main contractor, and is constructing a new stretch of the A69 under the current roundabout as well as two new bridges across the A69, which together form the junction.

More than 200,000 tonnes of earth has been removed as part of the two-year project in order to create the excavation 11 metres below the old roundabout, where the new A69 will be located.

Though the original completion date was spring 2021, with the structures now in place the scheme is set for completion in the summer.

Landscaping and planting will be conducted post construction, with all traffic management due to cease by the autumn.

The scheme has been designed by consulting engineer Pell Frischmann.