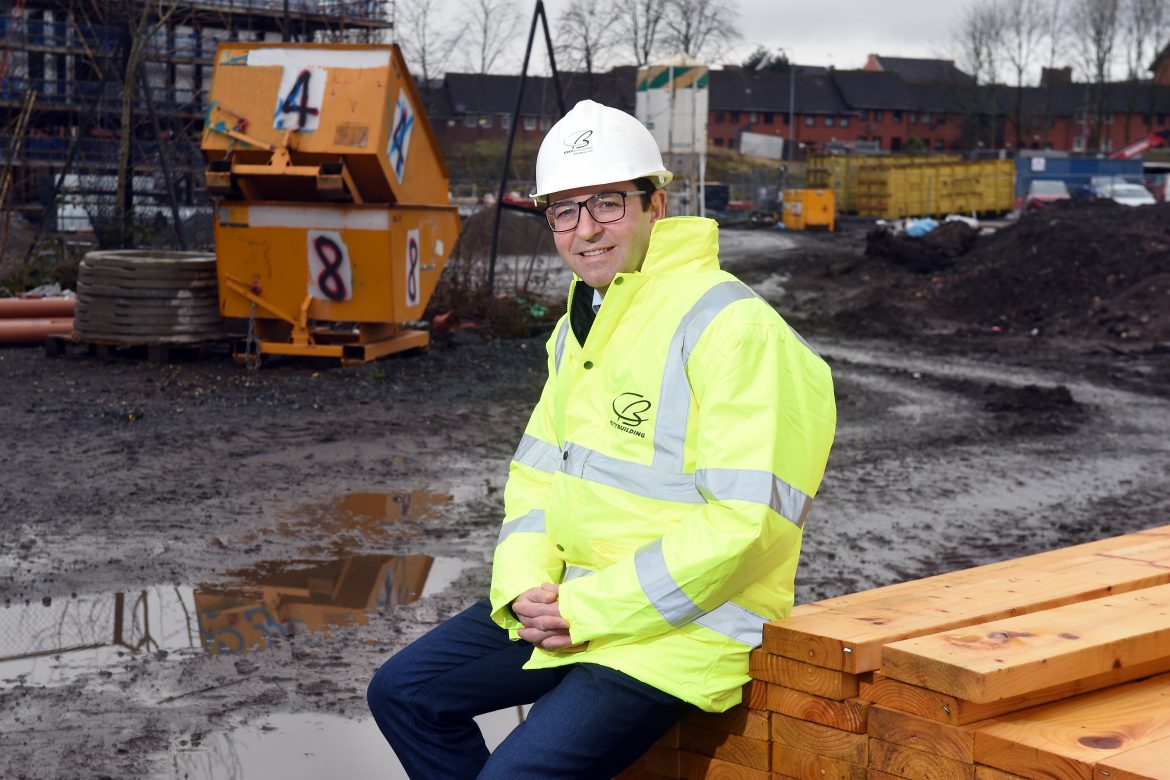 Glasgow construction firm City Building has appointed a new executive director to drive forward the organisation as it seeks to take a growing share of the renewables sector.

Former deputy director Alan Burns replaces Dr Graham Paterson, who has retired from the business along with head of Corporate Services Sharon McGrath.

Burns, who began his career 30 years ago as an apprentice blacksmith in a precursor to City Building, was appointed by the organisation’s board following an open selection process.

City Building, which is committed to implementing responsible business practices to drive positive economic growth, is one of the top 100 UK construction firms with more than 2,000 employees.

In recent years, the organisation has diversified into developing a wider range of services. These include design and build construction, new house building, manufacturing, micro-renewables including district heating, solar thermal, and PV installations.

As part of his new role, Burns has been reviewing the firm’s operations in home renewables, with a view to becoming a leading player in the sector.

He said: “The business has been left in a strong position by Graham and Sharon, so it is my job to ensure there is stability and continued employment for our workforce.

“With COP26 taking place in Glasgow in November, we are ramping up considerably our renewables workstream.

“We recently seconded an employee from construction into renewables and design to help us consider any new skills our trades require to take advantage of renewables opportunities.

“We have also added a renewables element to our training college, both in its construction and the skills we will deliver to our workforce.”

Burns added: “Exciting work is already underway in Glasgow to retrofit existing homes with green technologies, such as solar panels and ground source heating, that will reduce fuel poverty and carbon emissions.

“It is a just transition, which ties directly into our unique social ethos.

“So, there’s lots of potential for an organisation like ours.”

It also carries out c.£30m of repairs annually for Glasgow City Council.

City Building (Contracts), which is wholly owned by Glasgow City Council, undertakes work for the local authority and delivers a number of commercial contracts, providing construction, repairs and maintenance, and manufacturing services.

Almost a year after the first lockdown, when all construction ceased, the firm’s new chief revealed that across the two entities City Building has a healthy order book of more than £200m in contracts for the next financial year as the industry recovers.

As a result, it will be retaining all of its fourth-year apprentices, who are due to qualify in the coming months, and the business has offered 100 temporary staff permanent employment in anticipation of the increased workload.