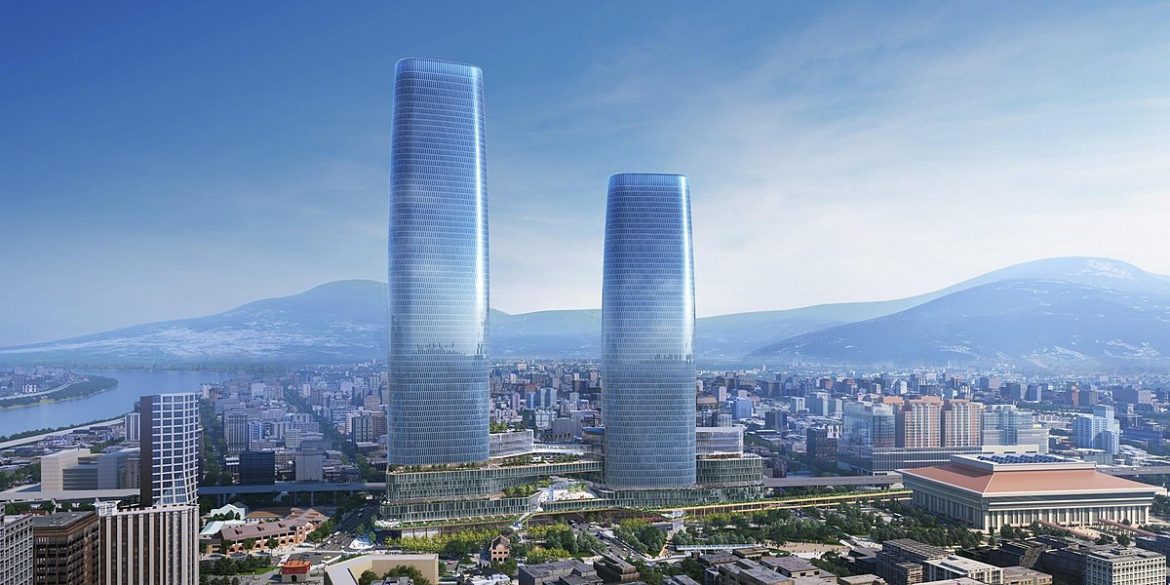 Located adjacent to Old Taipei City’s historic entrance, the North Gate, the Taipei Twin Towers are envisioned as a new gateway to the Taiwanese capital.

With a total floor area of 590,000 sq.metres, the mixed-use development features an elevated promenade, multiple garden terraces, shopping arcades, a hotel, office space, and a series of cultural venues.

The project was originally designed by Japanese architect Fumihiko Maki for the initial 2005 bid that planned to finish constructing the skyscrapers by 2011.

However, it was delayed multiples times due to a series of complication in the bidding process, which was restarted in 2018 again for the sixth time.

In December 2018, the project was awarded to a consortium led by Hong Kong-based Nan Hai Development Ltd and Malaysian property developer Malton Berhad who appointed MVRDV to design the skyscrapers.

In June 2019, the most favoured bidder status was revoked by Taiwan’s Investment Commission under the Ministry of Economic Affairs due to national security concerns because it found Nan Hai to be Chinese-funded and the majority of its board members hailing from China.

The bid was subsequently awarded in December 2019 to the runner-up, a consortium led by Taiwanese computer maker Clevo and its property development affiliate Hongwell Group with designs by SOM.