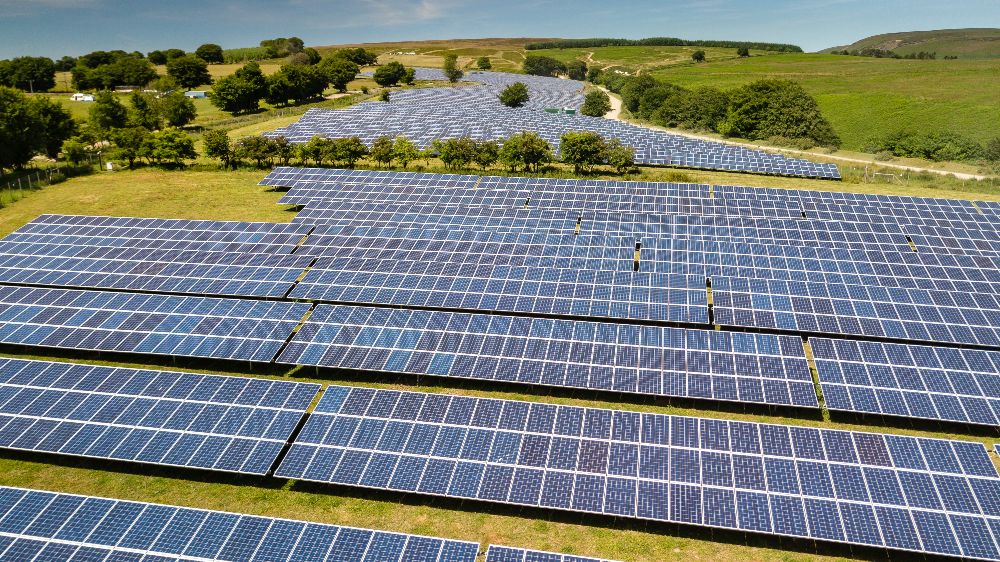 Lightsource BP is set to break ground on a 61MW solar farm in Nottinghamshire next month, marking the renewable energy developer’s largest solar project to date in the UK.

The UK-based firm revealed later last week it is investing £40m in the project, which is situated at Tiln Farm near Retford, and once completed is expected to generate enough electricity to power the needs of over 14,200 homes.

The company, which is 50% owned by oil and gas giant BP, revealed the project is backed by a 15 year purchase power agreement (PPA) with building products manufacturer Forterra which will see it provided with 50GWh of clean power from the solar farm.

Construction of the project, which is also set to include a battery storage facility, is expected to take around 11 months, generating 120 construction jobs over the time period, Lightsource BP said.

In addition to generating renewable power, the solar farm has been designed to enable agricultural activity such as livestock grazing to continue at the same site, while Lightsource BP is also investing around £560,000 to implement a biodiversity plan for the site.

Kareen Boutonnat, CEO of Lightsource BP for the Europe, Middle East, Africa and Asia-Pacific regions, said developing homegrown sources of solar power was critical to helping combat the energy crisis, which has seen bills soar over the past year thanks to rising fossil fuel prices.

She said: “This project is a demonstration of how Lightsource bp is moving at speed to develop sustainable renewable projects, we’re supporting the UK’s low-carbon transition and climate targets.”

The project forms part of Lightsource BP’s target to develop 25GW of solar power worldwide by 2025.

The firm is already among the largest solar developers in Europe, and has also been expanding its efforts further afield with projects in emerging markets such as India.

BP’s head of UK, Louise Kingham, welcomed the news that the Tiln Farm solar project would soon be getting underway.

She said: “These are exactly the type of projects we want to see developed – producing clean energy, creating new jobs and supporting local communities.”

“Today’s announcement is an important milestone and critically one step closer to getting another UK solar farm up and running.”