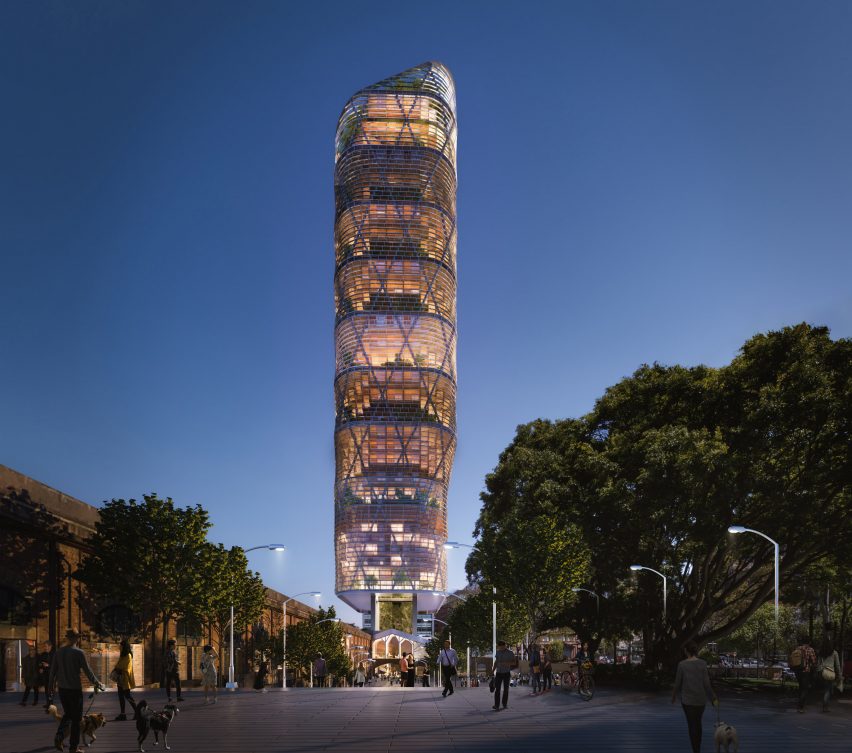 Designed by architects ShoP and BVN, the tower will combine mass timber elements, a steel “exoskeleton”, and a glass facade that will generate electricity, Built said.

At 180 metres, SHoP Architects predicts Atlassian’s headquarters will be the tallest hybrid timber tower ever built when it completes in 2026.

Set to rise at 8-10 Lee Street next to Sydney’s Central Station, the 75,000-sq-m gross-floor-area tower was commissioned by Australian developer Dexus.

Australian software company Atlassian expects to be the anchor tenant, using its space for its new Australian headquarters.

YHA Australia will take five floors of the tower to create a 480-bed hostel for travelers.

Elevated parks will be located at various points in the tower, which the SHoP said are designed to be comfortable to enjoy all year round.

It will be clad with an electricity-generating glass facade which will be able to “self shade” the offices inside.

The architects specified mass timber because they wanted achieve a 50% reduction in carbon embodied in construction, compared to a conventional project.

They’re also aiming for 50% less energy consumption in the tower’s use compared to a conventional building. It will be powered 100% by renewable energy from day one of its operation, said Built.

The use of mass timber is taking off globally as the demand for faster, low-carbon, modern methods of construction (MMC) skyrockets.