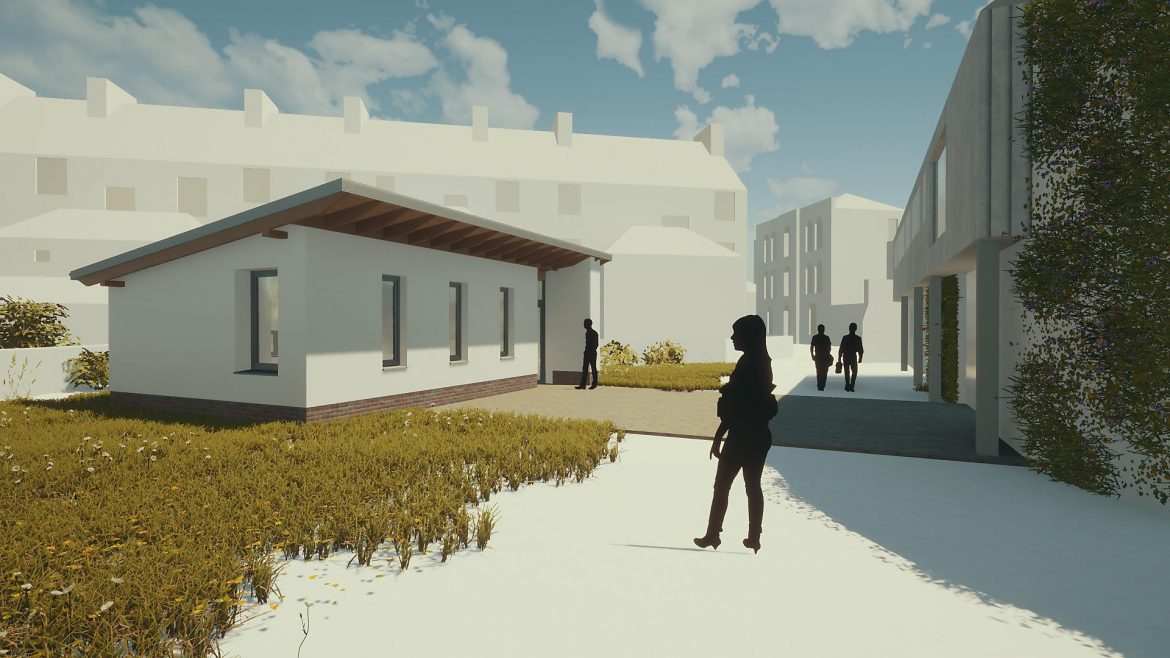 Construction of the first building in the country to be made from an upgraded version of the material ‘cob’ is now underway at the University of Plymouth campus.

Construction of the 32-square-metre single-storey building is expected to take around eight months to complete, with the work being carried out by Paul Barclay and Chris Noakes (Eco-Construction) and the University’s Estates team.

It will act as a pilot project, with researchers monitoring the performance of the new walling material, and showcasing it to potential designers, contractors, housing associations, and interested stakeholders.

The project is the latest phase of the award-winning CobBauge project, led by the University and with partners in the UK, Ireland, and France.

Principal investigator Steve Goodhew – professor of Environmental Building at the School of Art, Design, and Architecture – said: “This is the start of an exciting new applied research phase for CobBauge, where we have an opportunity to put into practice the exciting findings from the laboratory.

“We will create a living lab and demonstration site that will become the centre of attention for a wide range of people – from construction professionals to built environment students.”

Cob houses have existed in the south of England and northern France for centuries, but the construction industry has been unable to create a cob material that meets new thermal and structural building regulations.

The objective of the CobBauge project is to create new techniques and methods for the preservation of buildings that meet regulations and contribute to the next generation of energy-efficient buildings.

The first phase of CobBauge set out to develop a new method of using cob that complies with thermal regulations on both sides of the Channel.

Having established a method that met the required standards, the project has moved on to the second phase.

This focuses on investigating the performance of the new building, using a range of sensors to measure energy use and analysing its life cycle and indoor air quality.

Professor Will Blake, director of one of the project partners, the Sustainable Earth Institute, said: “Students and visitors to the site will be able to engage with this potentially industry-influencing ongoing research project, right next door to our green-walled Sustainability Hub, which, as a living lab, is itself at the forefront of the Low Carbon Devon programme.

“It exemplifies the University’s commitment to an ultra-low-carbon future.”

It will also see a full-sized building constructed in France.

Its progress has been with significant interest, and the project itself was a winner at the European Commission’s RegioStars awards in 2019.

Read next: NEC to build transatlantic fibre-optic cable for Facebook