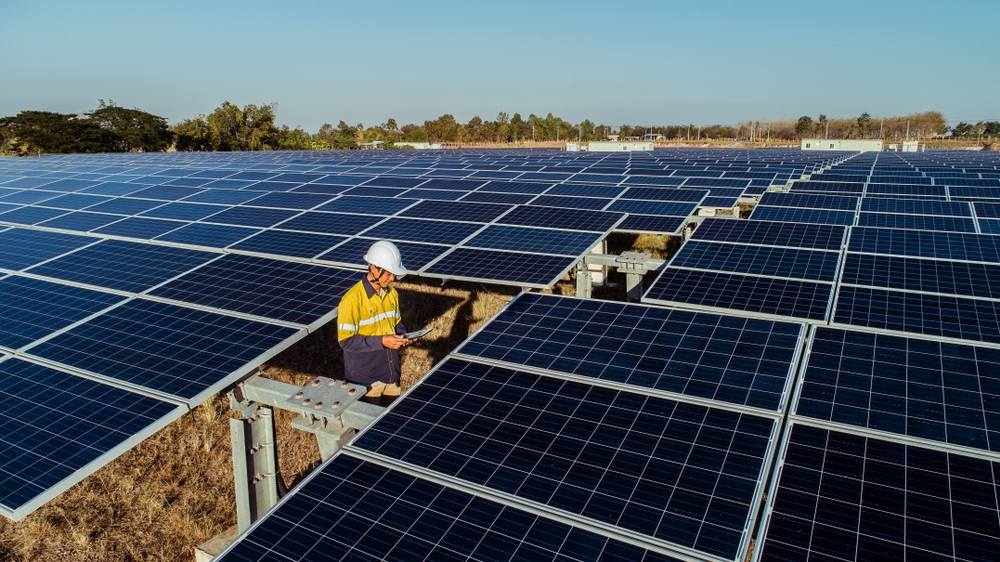 Last week at COP26 in Glasgow, the International Solar Alliance (ISA), the Indian presidency, and the UK government announced plans for the first transnational network of solar power grids.

The global super-grid project, known as the Green Grids Initiative – One Sun One World One Grid (GGI-OSOWOG), aims to reduce reliance on fossil fuels by enabling nations to purchase affordable solar power from other countries.

The GGI-OSOWOG initiative will bring together a global coalition of national governments, international financial and technical organisations, legislators, power system operators, and knowledge leaders to accelerate the construction of the new infrastructure needed for a world powered by clean energy.

In its first phase, the project will drive interconnectivity across the Middle East, South Asia, and Southeast Asia. Phase two will focus on African power pools, while the third will drive global green grid interconnections.

Prime Minister of India, Narendra Modi, said: “The GGI-OSOWOG Initiative is an idea whose time has come.

“If the world has to move to a clean and green future, these interconnected transnational grids are going to be critical
solutions.

“I congratulate the International Solar Alliance and the UK COP Presidency for bringing it nearer to implementation.”

In May 2021, the UK pledged technical, financial, and research support for the OSOWOG project.

UK Prime Minister Boris Johnson, said: “The UK is working hand-in-hand with our friends in India to transform the
future of the power sector and ensure clean and reliable electricity is accessible everywhere by the end of this decade.

“It’s fantastic that over 80 countries have backed our newly launched Green Grids Initiative, whose collaboration will not only see greater growth, jobs and investment in our global green future, but also make sure no one is left without access to energy.”

As the chief agency leading and delivering the project, ISA aims to help mobilise $1 trillion of funding by 2030 to assist developing countries in expanding their solar power grids to meet their energy access, energy security, and energy transition needs.

The GGI-OSOWOG plan announcement was accompanied by the One Sun declaration endorsed by 80 ISA member countries.

Following the announcement, Dr. Ajay Mathur, director general of the ISA, remarked: “This network has the potential to be a modern engineering marvel, a catalyst for greatly expanding renewable electricity generation, and effectively mitigating climate change in the next decade.

“At a global level, almost 2600 GW of interconnection capacity may be possible up to 2050, delivering estimated power savings of €226bn per year.

“The One Sun Declaration is multilateralism in action, with leaders of the world coming together to drive sustainable impactful change for a cleaner planet and a greener economy.

“Through the power of solar and other renewables, and our collective efforts, we believe we can build and support a transition away from fossil fuels to a cost-effective solar future and open up affordable, renewable electricity supplies to markets that have been historically underserved.”

The global grid concept was first announced by India’s Prime Minister Narendra Modi in October 2018 during the first assembly of the ISA.

Read next: BlocPower to deliver city-wide electrification project in US first