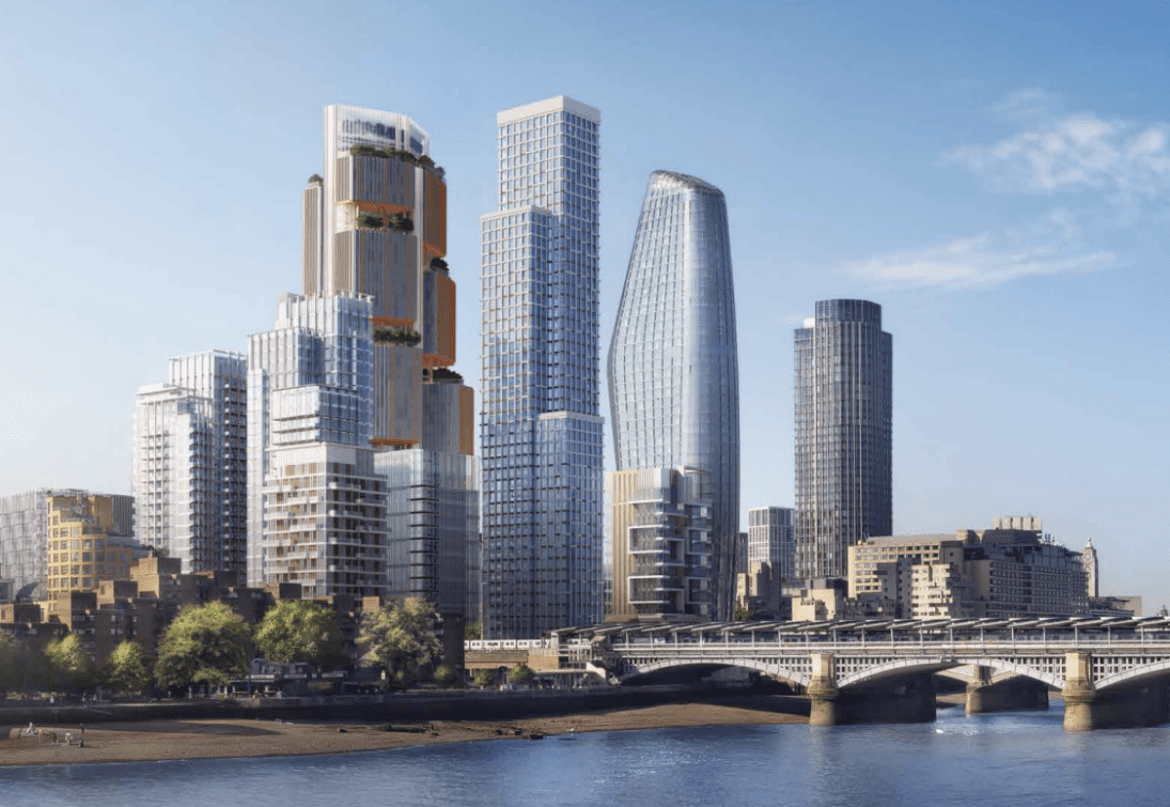 A US-Korean development consortium has revealed fresh plans for a major office tower at the southern end of London’s Blackfriars Bridge.

The developers Hines and the National Pension Service of Korea bought the site nearly a year ago with existing consent for a residential tower of 53 storeys and an office tower of 34 storeys.

After appointing Foster + Partners to redesign plans for the 18 Blackfriars Road site it has gone out to public consultation ahead of submitting plans to Southwark Council before the end of the year.

Instead, reflecting the nearby OXO tower, the site will be developed with a cluster of three brick-clad high-rise buildings, each stepped to create a host of green terraces and roofs.

The tallest will be an office building rising to 210m, a second tower for residential, known as the Stamford Building, will rise to 160m, with a third high rise, The Paris Building, containing affordable flats reaching a height of up to 100m.

The buildings will be clustered around a central plaza connecting to the Christ Church Garden, which is to be improved.

Arup is advising on the designs, which aim to generate half of the carbon to construct and achieve less than half of the energy use in operation than current benchmarks.

Subject to planning approval the JV aims to start construction as early as next summer.

Lipton Rogers is the project consultant.