Home » Designs unveiled for floating city in the Maldives

Designs unveiled for floating city in the Maldives 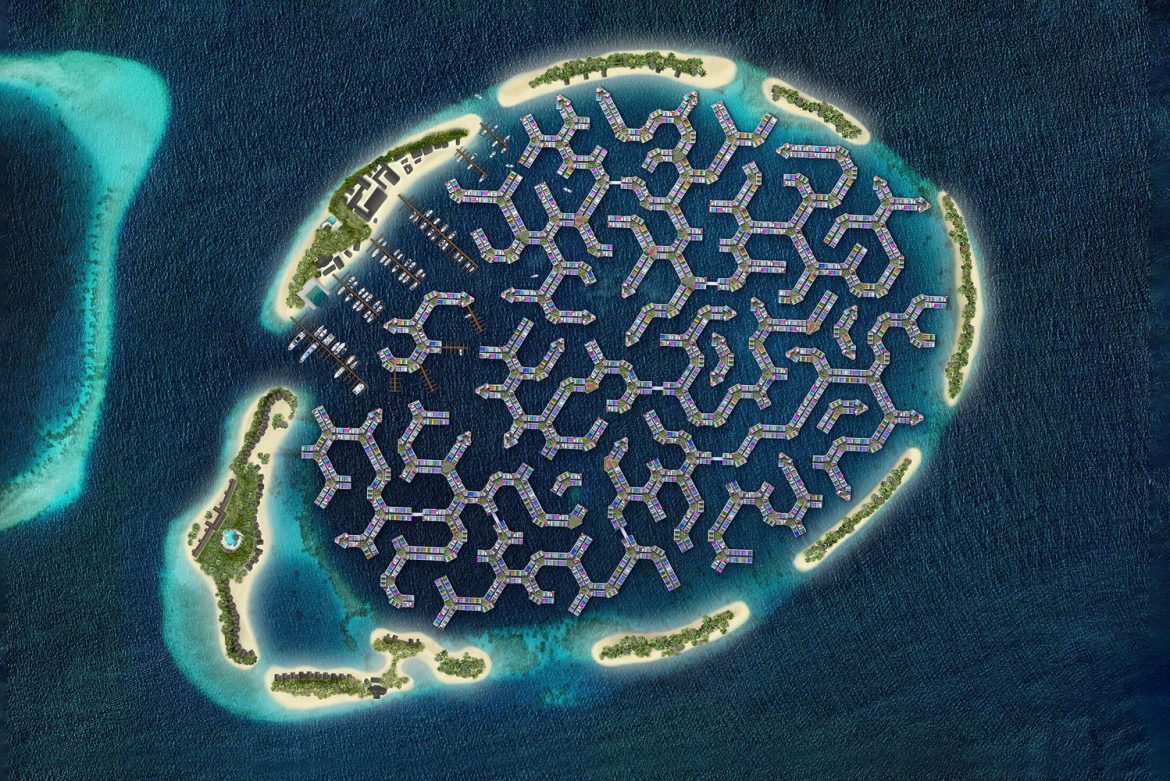 Netherlands-based design firm Waterstudio.NL, in collaboration with Dutch Docklands and the Government of The Maldives, has unveiled designs for the Maldives Floating City (MFC).

The project has been in development for over a decade, and will feature thousands of residences, floating along a flexible, functional grid across a 200-hectare lagoon.

Designed in a coral-like pattern, the city will consist of 5,000 floating units. These units will include houses, restaurants, shops, and schools, with canals running in between.

In total, the hurricane-proof city expects to house up to 20,000 people.

The first units are to be revealed this month, with residents beginning to move in early 2024. The whole city is set to be completed by 2027.

“Floating developments will push real estate beyond the waterfront which will change our cities similar to the introduction of high rise buildings a century ago.”

Currently the units will be built in a local shipyard, which they will then tow to the floating city.

Once they are shipped to the city, the units will be attached to a large underwater concrete hull, which is screwed to the seabed on telescopic steel stilts allowing it to move smoothly with the waves.

Maldives Floating City is one of a few such projects currently in the works.