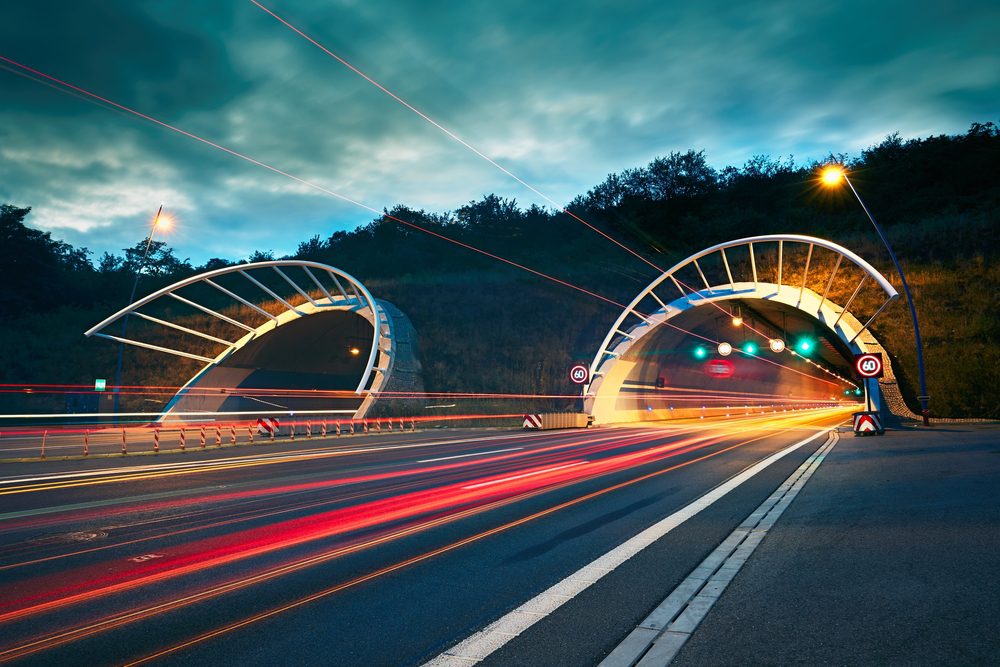 Digital twins are at the heart of a new method of building tunnels and underground structures which is faster, less costly, less risky, and more sustainable. Patrick Lane-Nott, director of engineering at hyperTunnel, explains…

By combining digital twins with AI, robots and swarm technology, tunnelling efficiency can be improved at every stage – from surveying through to construction, excavation, monitoring, and maintenance.

Shaking-up underground construction methods, which have remained fundamentally unchanged for 130 years, might sound radical but the new approach is safely anchored in techniques and technologies proven in other industries.

The company behind this technology transfer is British innovator hyperTunnel, which was founded in 2018 and recently received €1.8m in funding from the EIC (European Innovation Council) Accelerator scheme.

In traditional underground construction, uncertainty often causes inefficiency, cost overruns, and delays. That is because knowledge of the unlaying geology that a structure will encounter is patchy at best.

Geological samples are typically taken by dropping vertical boreholes up to 500 metres apart – a distance over which there may be significant changes in geology, fissures, voids, or water, putting the project at risk of unpleasant surprises.

With the hyperTunnel method, a number of pipes are installed and core samples gathered through central horizontal bores that are first drilled along the tunnel’s path.

Semi-autonomous robots are sent along these bores to digitally survey the geological conditions and a core sample of the geology is taken along the whole tunnel path.

These are followed by additional pipes installed around the structure’s perimeter, forming its outline.

In this way it is possible to gather data from ground-penetrating radar (GPR) together with seismic, tomographic, and thermal imagery which can be used alongside the GPR and meshed to facilitate 3D visualisation.

It’s this data which is used to create a digital twin of the tunnel and surrounding ground making it possible, for the first time, to form a complete, data-rich picture of the tunnel’s proposed path.

This detailed digital twin can be viewed in high-resolution through virtual reality (VR) on computer screens. And by using augmented reality (AR), it could be possible to attend a meeting room thousands of miles away from the tunnel to view its interior and see live data about the condition of the structure and surrounding geology.

VR is also be used for training operatives, eliminating the cost and risk of learning tasks. The digital twin can also be used to model extreme scenarios, such as what happens in the tunnel during extreme temperatures or winds, or when there’s that once-in-a-century storm, landslide, or earthquake.

Moving from tunnel preparation to construction, the digital twin is again at the heart of things. Now robots are sent into lined construction bores to cut and drill chambers and deploy composite construction material in an additive manufacturing process, effectively 3D printing the tunnel in the ground.

The digital twin, working in conjunction with AI, shapes the construction plan. This provides key data to the hyperBots, such as material strength, chemical volume, and location.

By using swarm technology, hundreds or even thousands of robots can work simultaneously along all of the tunnel’s path, and are able to pass each other to move freely.

By working throughout the tunnel the whole time – rather than just tackling one or two faces as with current methods – productivity is much greater. Whether a structure is 500m or 5km it can be constructed in the same time – it’s just down to how many robots are deployed.

The untreated geology within the structure is then disrupted and the spoil removed by remote-controlled excavator. After construction, the digital twin serves as a ‘single truth’ database of construction and geology details, reporting on the tunnel’s health  to enhance asset management and maintenance.

Through VR and AR, engineers will be able to see not only the tunnel’s construction and surrounding ground, but also the exact location of hidden service facilities such as cables and wires, speeding up future works by eliminating time-consuming geology and utility surveys.

David Castlo, Network Technical Head (Mining and Tunnels) at Network Rail, said: “We are constantly searching for new approaches to enlarging or repairing tunnels that reduce the length of time a tunnel will be closed to trains. Peak XV moves us a step closer to that goal and, crucially, with a method that reduces workforce safety risk.”

The hyperTunnel method, and the way it uses digital twins, can also benefit other underground structures, such as cross passages, utilities and car parks, with applications as diverse as water stoppage, slope stabilisation, dam fixing, hazardous waste containment, and underground asset monitoring.

But perhaps the method’s greatest benefits are that tunnels may be built more than 10 times faster and at half the cost.

Projects which were once unaffordable become feasible and sustainable.

That’s a valuable advantage at a time when the world’s growing population needs more underground transport and utilities infrastructure, and when thousands of existing tunnels around the world require maintenance.