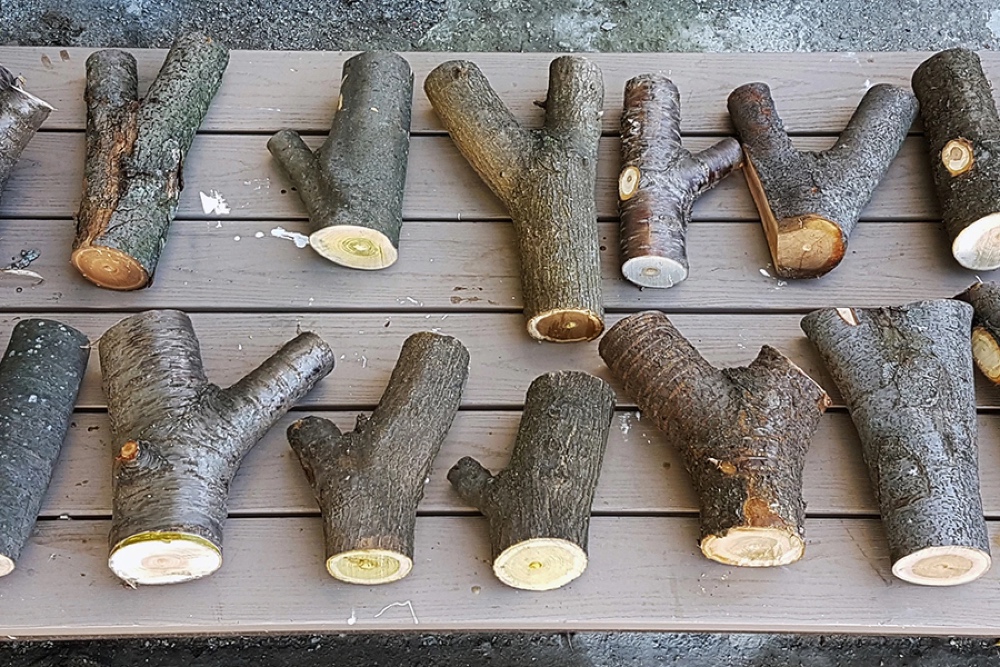 Discarded tree forks could replace load-bearing steel joints in architecture projects as a result of a new construction technique developed by researchers at the Massachusetts Institute of Technology (MIT).

The system combines generative design and robotic fabrication to allow tree forks – where a trunk or branch splits into two – to be used as the Y-shaped nodes that connect linear building elements.

Created by the Digital Structures research group at MIT, the approach has already been used to install a demonstration structure on the university’s campus.

The researchers believe their system could reduce the environmental impact of construction by offering a replacement for materials such as steel.

Speaking to MIT Energy Initiative, Caitlin Mueller – associate professor in the Building Technology programme at MIT and leader of the Digital Structures research group – said: “The greatest value you can give to a material is to give it a load-bearing role in a structure.

“If you take a tree fork and slice it down the middle, you see an unbelievable network of fibres that are intertwining to create these often three-dimensional load transfer points in a tree.

“We’re starting to do the same thing using 3D printing, but we’re nowhere near what nature does in terms of complex fibre orientation and geometry.”

The first step in the five-step workflow developed by Mueller and her Digital Structures team involves cataloguing a selection of tree forks into a digital library.

The second step involves matching the tree forks to the Y-shaped nodes in a given architectural design.

In the third step, designers can alter the shape of the structure, knowing that the algorithm used for the matching process will recalculate the optimal tree fork distribution as they go.

The fourth step involves cutting the tree forks as minimally as possible to strip off the bark and make the joint fit in its assigned node.

In the final step, the structure is manually assembled, with each tree fork labelled to allow for straightforward assembly.

Mueller added: “Many iconic buildings built in the past two decades have unexpected shapes.

“Tree branches have a very specific geometry that sometimes lends itself to an irregular or nonstandard architectural form-driven not by some arbitrary algorithm but by the material itself.”