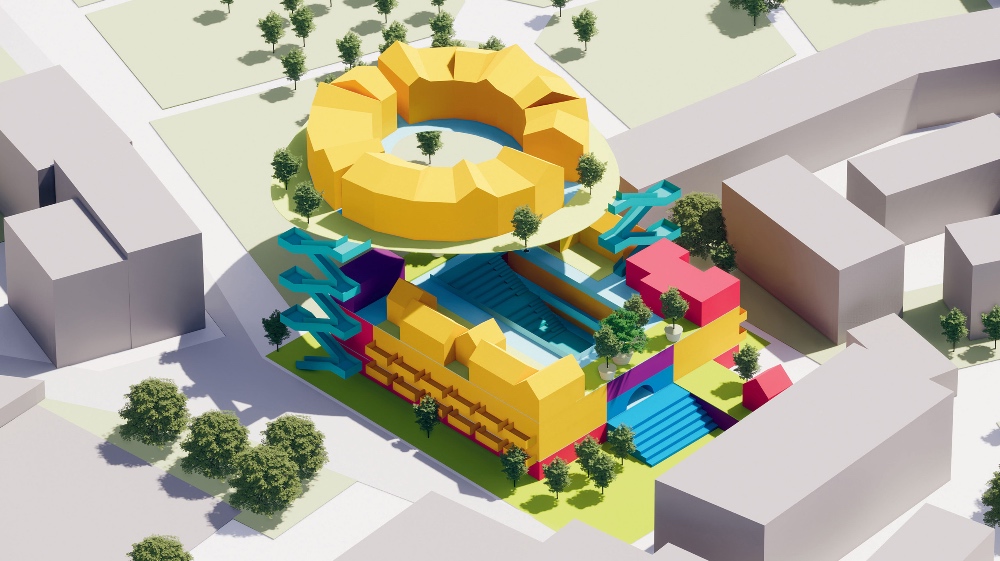 Dutch architect MVRDV has designed three schemes to coincide with the 500th anniversary of the world’s oldest social housing scheme.

Its three proposals are all based on the Fuggerei in Augsburg, Germany, which was originally established in 1521.

The ‘Fuggerei of the Future’ study defines eight modular blocks that can be used to construct Fuggereis for different needs around the world.

MVRDV has also designed a long, narrow, gabled pavilion, which has already opened in Augsburg.

The pavillion is curved at one end to create an 8.5m cantilever that contains a tribune for lectures, talks, and cultural events.

Jacob van Rijs, MVRDV co-founder, said: “The lack of affordable housing is something that affects people all over the world, and in my view it is a basic right.

“Our team at MVRDV researched what kind of Fuggerei different places would need, with a focus on education, the elderly, gender equality, and the empowerment and economic independence of the inhabitants.

“I am delighted at the massive interest in the celebration of 500 years of Fuggerei, which shows that this is a global issue that needs urgent attention.”

Ursula von der Leyen, president of the European Commission, said: “Five hundred years of the Fuggerei represents the success that the people of Augsburg have achieved together over the centuries.

“Behind this is an admirable sense of citizenship, combined with entrepreneurial foresight.

“It has proven to be effective to always put the well-being of society above one’s own and thus to meet with common strength the historical challenges but also the hardships of everyday life.”

Image: One of the three proposals developed by MVRDV for a new Fuggerei

Read next: Why digital snagging tools are vital for data-driven decision making