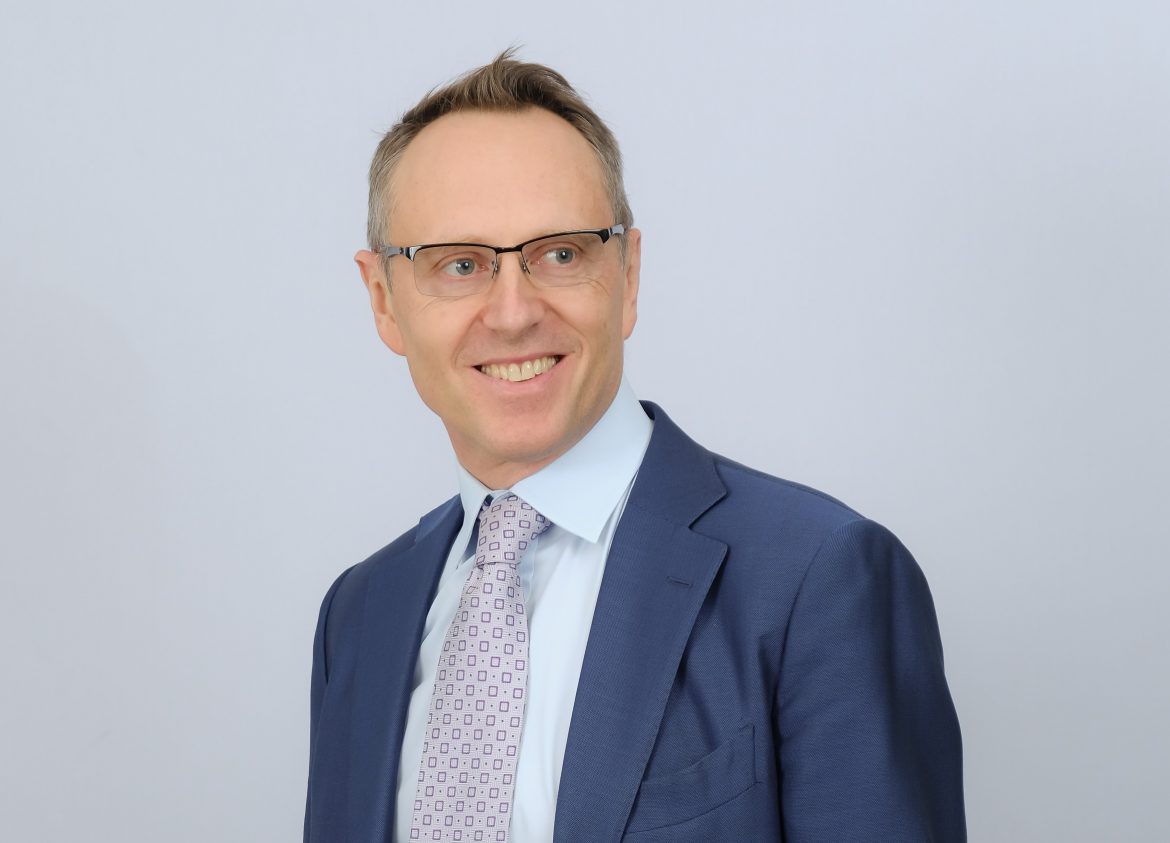 Sam Stacey challenge director, Transforming Construction at UKRI, talks to Build in Digital’s Michelle Gordon about driving a sector-wide shift towards manufacturing and digital processes and bringing order to the construction ecosystem

Stacey is leading the Transforming Construction Challenge, an integral part of the Government’s Construction Sector Deal, which has invested £170 million – matched by £250 million from industry – into research and innovation. The programme brings together contractors, supply chain, innovators, government, clients and the research community.

Launched in 2018, it aims to accelerate the shift towards manufacturing and digital processes and a value outcome approach for UK construction. The ultimate goal is to produce safe, healthy and efficient buildings using the latest digital manufacturing techniques, while delivering projects 50% faster, reduce whole life costs by 33% and lifetime emissions by half, and raising productivity by 15%.

The programme includes funding for research, a new construction network and the creation of an active building centre, as well as a Construction Innovation Hub delivered by the Manufacturing Technology Centre, the Building Research Establishment and the Centre for Digital Built Britain at the University of Cambridge.

In April, the hub launched the pilot phase of its Construction Value Toolkit. Developed in collaboration with more than 200 organisations within the industry, it aims to drive better social, environmental, and economic outcomes from investment in the built environment.

“The Transforming Construction Challenge kicked off in 2018 to fundamentally bring order to the construction landscape and make it possible for companies to operate much more effectively within this new, more ordered environment,” says challenge director Sam Stacey.

“We’ve produced some tools and models, which changed the way that construction is approached, and at the same time invested in clusters of organisations who’ve come together to pilot different parts of that ecosystem and different solutions within that.”

The climate emergency has been a huge driver for change and while the UK is a leader in construction technology and productivity, as well as having some of the most stringent regulations, there is still work to be done on improving its environmental performance and cutting down on waste – materials and energy.

“What makes it somewhat complicated is there’s no single solution, it’s a portfolio of solutions that have to work together,” says Stacey. “Fundamentally, we’ve got to make sure that the new approaches scale really rapidly and what makes me confident that we can do that is you’ve got the buying power of government procurement behind it.

“When you’ve got that fantastic buying power of government all quite explicitly laid out, backed up by a number of tools that my programme is producing, such as the value toolkit, which really fleshes out value-based procurement, it really drives it through the industry.

“But what it does mean is that the whole supply chain has to shift and do things in a different way, it has to rapidly upskill in terms of digital and increase the amount that’s being done offsite, and that’s a change of culture, that’s a change of skills, that’s investment in capability.”

While clients, particularly from the public sector, are keen to push forward changes in working practices, there is some resistance within the industry, and suppliers will have to adjust their mindset.

“It will separate the sheep from the goats as it were,” he explains. “Some will really wake up and say, ‘this is serious, and we’ve got to do it and actually there’s some huge opportunities with it’ and others will take a wait and see attitude. I think that will be very dangerous for those companies that that are slow to react.”

Companies who fail to adapt and make the necessary changes may find it harder to win work in the short-term, says Stacey, as they won’t be able to demonstrate that they’re meeting the new set of criteria as laid out in the Construction Playbook.

“Historically, projects have been let at lowest price and we’ve got a fundamental shift to letting contracts on the basis of whole life value. So, that’s the short-term impact,” he explains.

“The longer term impact is that the companies that do embrace these new techniques will find that everybody’s winning from it. So, they will find themselves coming on in leaps and bounds in terms of their ability to be productive, to provide high quality buildings and so on.

The UK construction sector is already fairly well placed when it comes to the use of digital skills and there are examples of British BIM Standards being used across the globe. However, the sector needs to be modelling everything in much more detail, says Stacey.

“The construction industry has suffered forever, from lack of knowledge, flying blind,” he explains. “Essentially, what that has meant is an approach where highly experienced professionals come fairly blind to projects and apply their established professional expertise to the project, rather than being able to act on the basis of a fantastic volume of well-analysed data and making decisions and plans and management on the basis of that. So, a fundamental shift of approach from a professional approach to a data approach.”

The Value Toolkit has been the most prominent output from the Construction Innovation Hub to date, says Stacey, with huge engagement from the sector, as well as widespread publicity. The platform construction system has also had a very good uptake and plenty of activity is expected from the whole programme over the next 12 months, particularly from the active building centre and information management framework.

“I’m very confident about the fundamental outputs in our pipeline,” says Stacey. “My focus is turning much more now to liaising with the private sector to get them moving as fast as they possibly can.”
Work is also underway to assess the needs of companies that have been supported by grant funding to date, with a view to facilitating further funding.

“I’m not talking about providing further grant funding to these organisations, that might be a small element, but I see it much more about raising capital,” says Stacey. “I think we’re poised on the brink of being able to bring a lot more capital into the industry to ultimately create shareholder value.”

Ultimately, the programme will support the construction sector to produce much greener buildings, more quickly and to build more cost effectively in terms of whole life value, improving the economic health of the industry, which currently has a very low share value.

To put this into context, the top 10 biggest construction companies in the world have a combined market capital of £135bn, which is three times less than Tesla’s market capital.

“My aim would be to see construction-related shares increase massively in value over the next 10 years,” says Stacey. “I think that will be a combination of the sensible companies in the sector moving quickly in the right direction and getting value from that, and the rapid growth of some SMEs, and that’s particularly exciting to the government. I also expect we’ll see some big organisations from other sectors spotting the opportunities in construction and making money from that.