Home » Falling to pieces: Why are so many modular housebuilders failing?

Falling to pieces: Why are so many modular housebuilders failing? 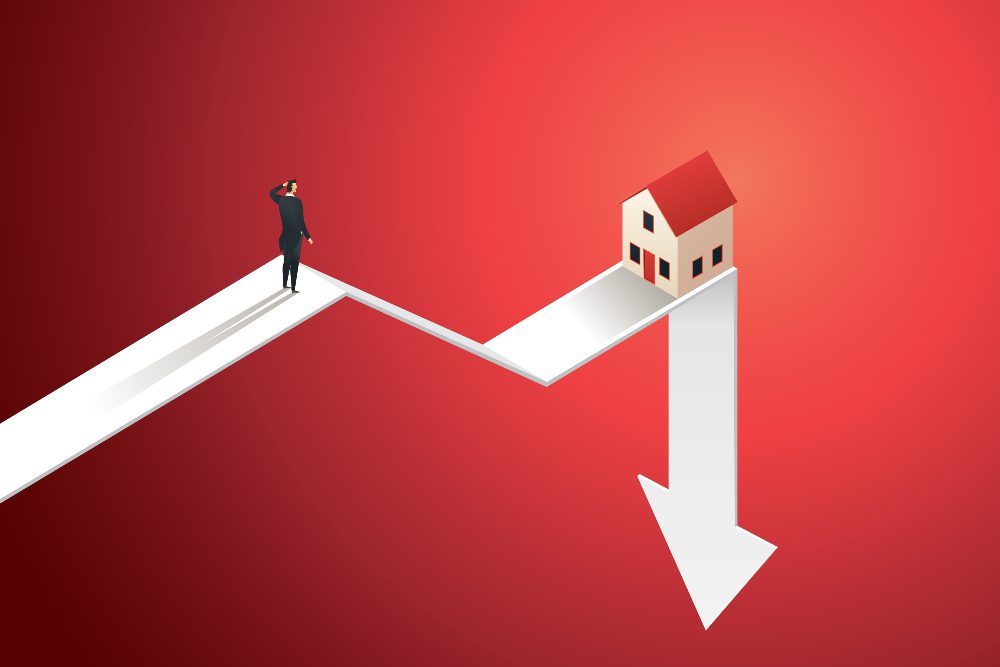 Once seen as the future of housebuilding, modular manufacturing now faces an uncertain future. As yet another firm collapses, Tim Clark seeks to find out why so many are failing and what can be done to secure the future health of the industry

It was launched with the expected press fanfare and PR blitz. A major Japanese modular firm was teaming up with a street-wise UK developer and a government agency to launch a new modular company.

Yet, less than five years after the launch of House by Urban Splash the company lies in ruins, with administrators blaming design issues, production defects and an “underutilisation” of the factory for its demise. The collapse of the firm led to 164 staff being made redundant.

On paper, House by Urban Splash had all the credentials to succeed. Backed by Homes England, which took a 4% share in the company, as well as Japanese modular firm Sekisui and developer Tom Bloxham’s Urban House, it was viewed as having an admirable mix of experience and financial muscle to take on the modular market.

The firm appointed administrators in May after years of losses. In its most recent accounts ending 30 September 2020, the firm reported a £3.7m loss on revenues of £4.7m. Sekisui had made numerous cash injections into the business, but to no avail.

The issues at House by Urban Splash provide a glimpse of how this fledgling sector is still learning on the job. It is surviving – but not yet thriving.

Teneo Financial Advisory, the administrators for House by Urban Splash, blamed an underperformance in the factory for the collapse, stating that “design issues resulting in production defects and re-working the modular units the cost of which could not be passed on”.

The factory certainly seems to have sucked in capital. Based in Alfreton, Derbyshire, the factory was identified as being “loss making for a prolonged period”. The factory was considered critical to House by Urban Splash’s success, and the inability to stem its losses ultimately led to Sekisui pulling its funding for the business.

Teneo stated in their report: “Underperformance and losses arising at the Group’s modular housing factory eroded confidence with the Group’s key stakeholders. In turn, this restricted the Group’s ability to secure future developments and provide the utilisation volumes required in the factory”.

Attempts to sell the factory were unsuccessful, and the site is now being wound down. The factory found itself £17.5m in the red, with net losses for the year to 31 September amounting to £4.5m. This rose to £7.7m in the year to the end of September 2021, and a further £2.4m to the end of March 2022.

Administrators were approached in mid-April after financial backers pulled the plug on the operation when they lost confidence in the running of the business.

Chris Bone, chief executive and founder of Modulous, says that fundamentally, there are a number of reasons why modular construction cannot work in its current guise.

Common problems include the fragmented relationship between the client, design team, contractor, and manufacturer; the continuous drive to the lowest possible cost; the Capex requirement to build manufacturing capability; but most importantly the working capital requirements bestowed upon modular suppliers.

“Currently, modular suppliers have to procure all the components, manufacture the modules, stock them, install them, and only then be paid for them,” Bone says.

“This issue is totally unsustainable, and as such, many suppliers are turning to self-development. Until developers and even more importantly, funders address this with forward-funding project structures, modular construction, in its current guise, will not solve the housing crisis.”

House by Urban Splash was arguably the biggest of a slew of administrations of modular firms in recent months. But there have been plenty of others.

Caledonian Modular fell into administration in March after trading for 60 years. Details of its losses published in April showed that the firm made losses of £20m in just 18 months prior to its collapse. The offsite specialist fell £11.2m into the red for the year to 31 March 2021, and lost a further £10.7m in the subsequent six months.

At the time of writing, another modular firm, Mid Group, has also gone under, with all 37 staff made redundant after the offsite specialist entered liquidation. Is this an industry doomed to fail?

Modular as a type of construction was effectively written into a Department for Education framework in part to ensure the method was picked up by more construction firms looking to win public work. The positive impacts of modular construction were exemplified in a recent report stating that the construction method can help reduce carbon emissions by almost half compared to traditional construction.

“The modular sector has the potential to be the cornerstone of a modernised British construction industry, delivering much-needed homes at pace in a clean, safe, and green way,” Tide Modular chair John Fleming told Build in Digital.

“We are not there yet, but we can get there with the right support from the government to provide certainty of supply, which could be in the form of a streamlined planning process for MMC.

“There could also be government support in recognition of the carbon savings MMC can deliver.”

When it comes to modular two big operators stand out: the Goldman-Sachs-backed TopHat and financial services giant Legal & General (L&G).

L&G has invested millions in its modular business, which has seen five successive years of losses since its launch. L&G most recently invested a further £7.1m into the business, which it said would bring “rapid and disruptive change to the construction industry”.

TopHat is also yet to turn a profit. The company, known as TopHat Industries, posted a £21.3m loss in its latest accounts on the back of revenues of £6.3m.

The firm is doubling down on its expansion plans, however. In June, it announced plans to build the biggest offsite factory in Europe, with a 650,000 sq. ft facility covering the same size as 11 football pitches. The factory will be able to produce 4,000 homes per year.

TopHat was unavailable to speak with Build in Digital on its modular plans. However, commenting to industry bulletin Modular Monitor last month, its managing director, Andrew Shepherd, said the facility was a “long term investment”, which reflected that its current factory is set to reach the limits of its capacity in the near future.

Not all modular firms are ratcheting up their investment. One of modular’s early adopters, housebuilder Countryside, has decided to close a factory it opened in Leicestershire only last year, citing losses.

Countryside has three modular factories and had invested £120m to deliver 6,000 homes per year by the middle of the decade. However, in a trading update last week, it stated: “Following a review of the group’s manufacturing facilities, the board has taken the decision to exit its site in Bardon – one of three MMC factories owned by the group – and we expect a reduction in the run-rate of manufacturing losses as a result.”

The question is being able to make modular work without sinking in a quagmire of debt. Tide is seen in the industry as an operator which has been successful in ramping up its modular ambitions while ensuring it kept profitable at the same time.

He adds: “We operate on a vertically integrated procurement model with Tide Construction being the main developer and contractor, and our sister company Vision Modular being the offsite manufacturer.

“This integration gives us control over all the moving parts of a development.”

With a multitude of modular firms posting sizable debts, it’s questionable why so many are investing into what seems to be an equity black hole.

An answer lies in-part in the government’s procurement pipeline. One central government framework alone, the Crown Commercial Services Offsite Construction Solutions Framework, is worth an estimated £10bn and will be used by all government departments, as well as arms-length bodies.

“Modular construction, in its current guise, will not solve the housing crisis”

Homes England, which had a 4% stake in Urban Splash’s modular outfit, has made it a requirement that affordable homes schemes source at least a quarter of their total from MMC. Backing is there; however, mandating that an element of a project needs to be constructed via MMC isn’t enough to turn good intentions into reality.

Modulous’s Bone adds: “It is absolutely imperative that we continuously improve processes and MMC will ultimately help progress our industry.

“But, and it is a huge ‘but’, all stakeholders in the process have to be aligned and brought into it.

“Progressive developers need to engage modular suppliers early in the process…We are at an inflection point, and with some sound decision making and strategic direction, modular long term will start to ease the burden on the housing sector.”

House by Urban Splash is the most high-profile modular firm to have collapsed to date; however, it is unlikely to be the last. As the market matures, the story of MMC may be one of successive failures as investors get cold feet, or firms adapting and thriving as an immature market slowly hauls construction out of its decades-long productivity slump.