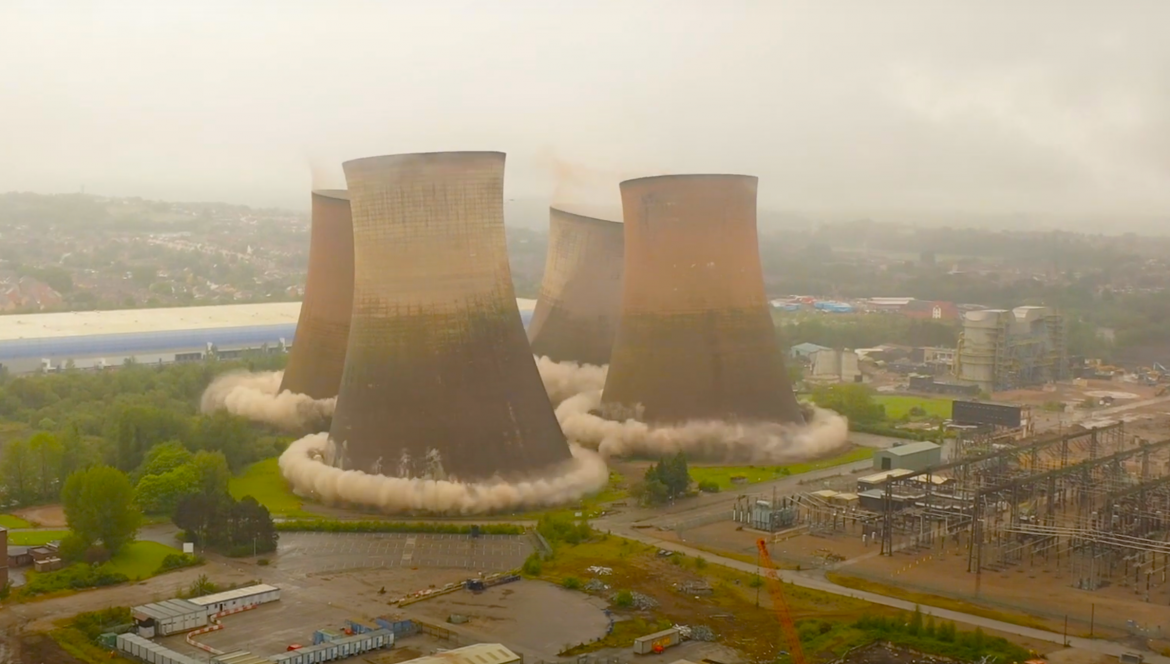 Four concrete towers that stood well above 100 metres in height were demolished on the weekend to mark the redevelopment of the former Staffordshire power station site.

Rugeley B Power Station ceased generation in 2016 after 46 years of service when specialist contractor Brown & Mason conducted the demolition work for Engie on 6 June.

In 2018, Engie, which previously operated the the 1GW coal fired plant, announced plans to pull down the four cooling towers and replace them with housing.

After three years of planning, outline planning permission was secured in April 2021 for a mixed-use development comprising 2,300 homes and a school.

The wider Rugeley masterplan also includes more than 12 acres of employment space, a neighbourhood centre, and a park alongside the River Trent.

Demolition of the cooling tower structures, which reached a height of 117 metres, marks the start of the redevelopment phase.

Commenting on the demolition, Colin Macpherson, divisional chief executive for Engie UK & Ireland, said: “This is a really meaningful example of building back greener and better in the wake of the COVID pandemic, and we are lucky to have had the backing and support of Cannock Chase District Council, Lichfield District Council, and Staffordshire County Council to bring this to fruition.

“We hope this regeneration could become a blueprint for other UK former carbon intensive industrial centres to create positive outcomes for their communities compatible with a net-zero future.”

Philip White, Staffordshire County Council’s deputy leader and cabinet member for Economy and Skills, added: “Demolition of the cooling towers at the Rugeley power station site marks a significant milestone for its redevelopment.

“We will now begin to see the site being reshaped into a low-carbon community with residential, employment, education, and leisure space.

“The repurposing of the site is another fine example of how the private sector is working with local government to achieve the best outcomes for our communities.”