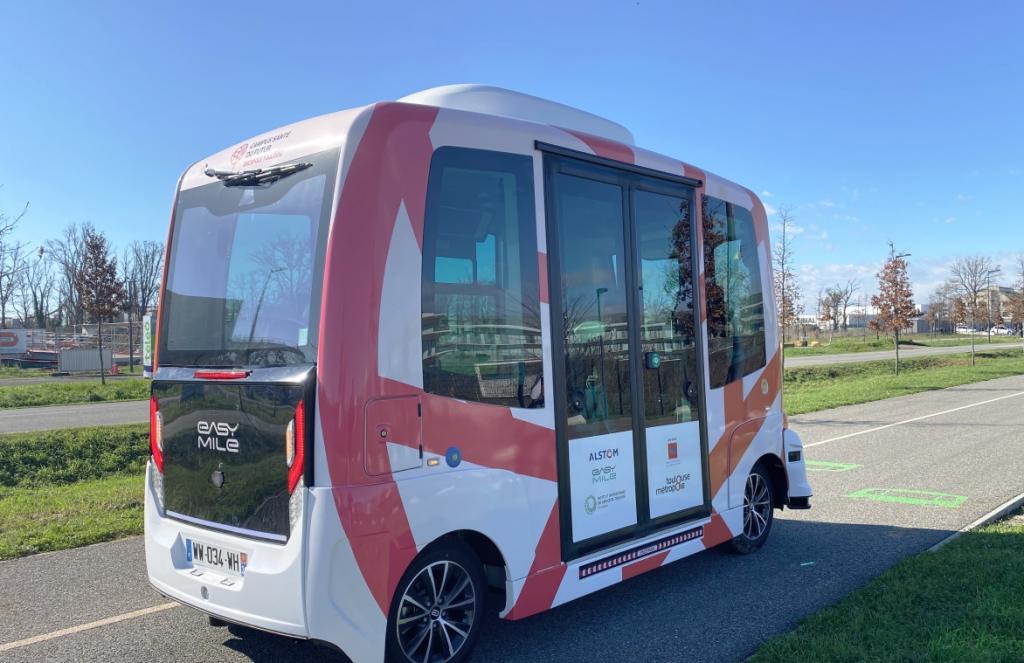 EasyMile is set to become the first transport provider to run a fully autonomous vehicle (AV) on a public road in Europe.

France’s Ministry of Transport and Ministry of Ecological Transition gave EasyMile the green light to run a driverless bus at the Oncopole medical campus in Toulouse, France, in partnership with Alstom.

The company will be using its EZ10 people mover, an electric vehicle with solar-enhanced charging.

The shuttle will operate at “level 4” without any human supervision.

The news comes ahead of the implementation of a general regulatory framework for autonomous vehicles (AVs), scheduled for September next year.

The service at Oncopole, which has already begun, runs for 600m between the main entrance of the facility and a remote parking lot.

At present, the service is remotely supervised, but it will transition to being fully driverless in the coming months.

The shuttle is part of the SAM project which is France’s national strategy for developing AVs for use on open roads.

Benoit Perrin, EasyMile’s general manager, said: “This is an important step towards real commercialisation of autonomous driving, both on large private sites, as well as on public roads.

“The applications for our technology to move people and goods continue to grow, especially in locations like campuses, business parks, industrial sites and masterplanned communities.”