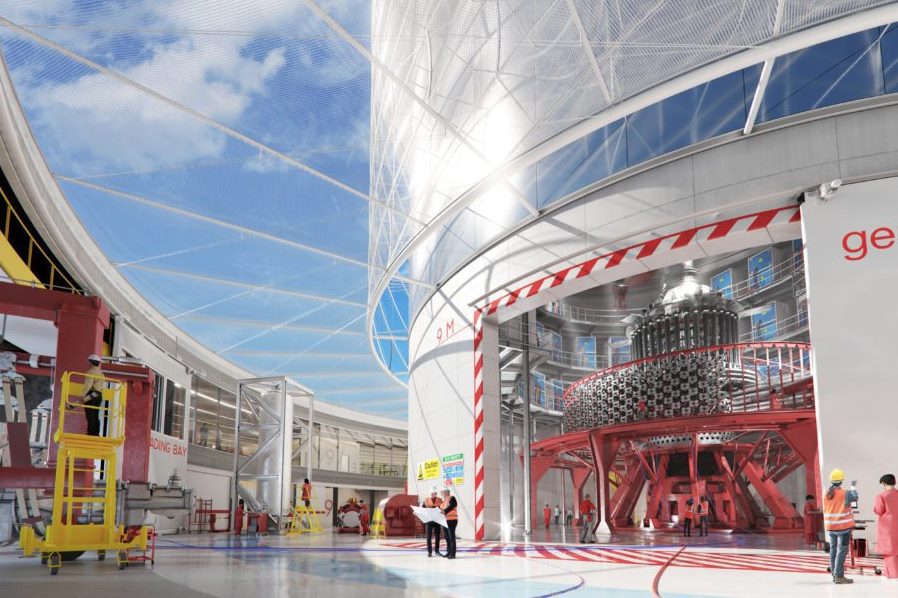 The plant will be a scaled down version of an existing commercial power plant at the United Kingdom Atomic Energy Authority’s (UKAEA) Culham Campus.

When construction of the 10,500 sq.m building is complete, General Fusion will lease it from UKAEA.

The company’s magnetised target fusion machine is expected to be commissioned in 2026 and fully operational by early 2027.

The facility itself will not generate power but it will create fusion conditions in a power plant-relevant environment, achieving temperatures of more than 100 million degrees Celsius.

This is regarded as a crucial step on the path to eventually powering homes, businesses and industry with zero-carbon fusion energy.

“We are thrilled to join the Culham Campus and the UK’s Fusion Cluster, and anticipate creating 60 long-term jobs at the site. In addition, we expect the project will generate approximately 200 jobs during construction.”

UKAEA chief executive, Sir Ian Chapman, said: “The UKAEA welcomes this milestone as it aligns with our strategy to create clusters that accelerate innovation in fusion and related technologies, and support public-private partnerships to thrive.”

The building has been designed by architect AL_A with Arup Engineers.

Amanda Levete, founder and principal of AL_A, said: “Receiving planning permission is a huge milestone and testament to the close collaboration between our team, General Fusion, and the UKAEA.

“The building will not only be highly efficient but one that also expresses the technological optimism of fusion to solve the energy problems of the world.

“The design projects a confident message to the public about the extraordinary potential of this technology. It represents a clear shift in the relationship between environment and industry, moving from one of opposition to one of symbiosis.”