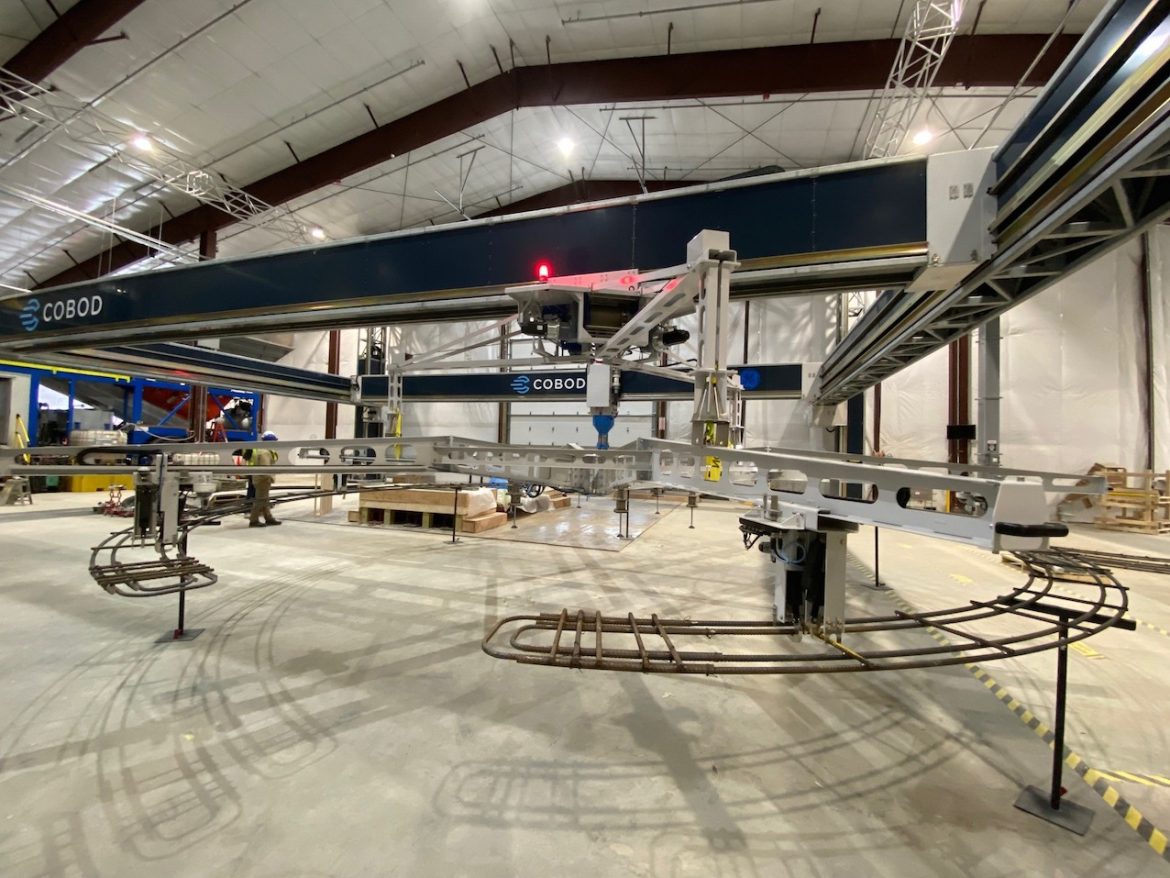 The R&D centre will be used to test and develop an approach to print the lower sections of wind turbines, with hopes to eventually build these components directly on site.

Printing on site could allow wind farm developers to avoid the cost of transporting large steel or precast concrete structures.

The printer, from Danish manufacturer Cobod, is the size of a three-storey building and can print tower sections up to 20 meters high.

It could also support taller towers that are able to harvest the stronger winds at higher altitudes.

Currently, towers built of steel or precast concrete are typically limited to under 100m in height because the width of the base cannot exceed the 4.5m diameter required for transport by road without incurring excessive additional costs.

Supported by a grant from the US Department of Energy, the Bergen facility is the first of its kind in the US, GE said.

A team of 20 people will conduct the research, with first use in the field expected within five years.

Cobod said the printer can print more than 10 tons of concrete an hour, and is the first concrete printer to operate along two X-axes.

Henrik Lund-Nielsen, Cobod’s founder and general manager, commented: “With the multiple functions of the printer, it can better be described as a multifunctional construction robot than a printer.”