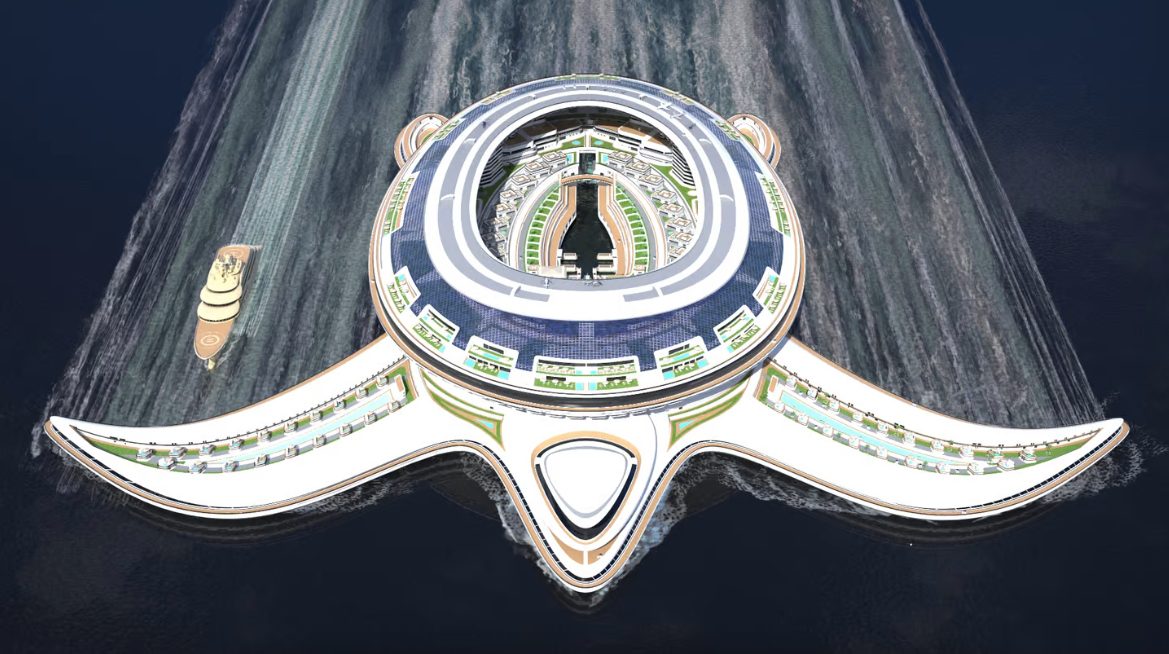 Italian design studio Lazzarini has unveiled the concept design for a giant turtle-shaped “terayacht” that would be the largest floating structure ever built.

The hull would be built from steel and feature a turtle-shaped base topped by an oval structure that supports a maximum of 60,000 people.

Due to its size, the yacht would require the construction of a special dam that would flood to levitate it before being launched. The designers have noted Saudi Arabia’s King Abdullah Port as a potential building location.

The power to run the floating city would come from solar panels, plus electricity would be produced using its large flipper-like structures, which would harness energy from the sea with some kind of wave energy generator system, allowing the ship to cruise indefinitely.

Lazzarini has estimated the cost of the ambitious project to be in the region of $8bn. There’s a crowdfunding campaign launching soon, offering rewards like virtual tickets and non-fungible tokens (NFTs).

Lazzarini’s team hopes for construction on this massive undertaking in 2033, with an estimated eight-year build period.