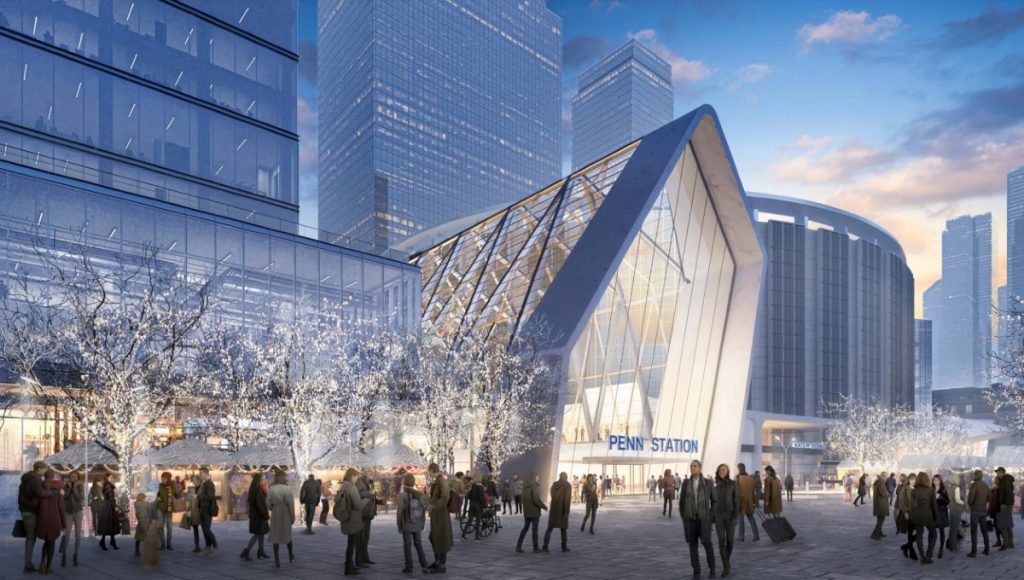 The eight-member board of Empire State Development, the state’s economic development agency and the group steering the project, unanimously voted in favour on Thursday (21 July).

The Penn Station Redevelopment Plan is set to be one of the largest real estate projects in US history. The project, spanning approximately 18 million sq.ft, includes the construction of 10 skyscrapers surrounding the station that will host office and retail space, 1,800 housing units, and a hotel.

At the centre would be a renovated Penn Station, which sits below Madison Square Garden and served 650,000 riders each weekday before the pandemic.

The station revamp is estimated to cost $7bn, with the cost of the rest of the redevelopment adding an additional $13bn, bringing the grand total to approximately $20bn.

The board’s approval clears the way for an application for federal funding to help pay for upgrading the station.

Governor Kathy Hochul, who is spearheading the project, said earlier this year: “New York leaders are expected to offer visionary ideas and take bold actions, and that’s exactly what my proposed transformation of Penn Station accomplishes.

The proposal now heads to the Public Authorities Control Board, a state body responsible for granting financial approval for applications from statewide public authorities, which will review and vote on the project on July 27th.

The project is expected to take between four and five years to complete after construction begins, which could be as soon as next year.

Read next: Plans in for two more buildings at Manchester’s Angel Square