How Dutch startup Zavhy plans to turn construction on its head 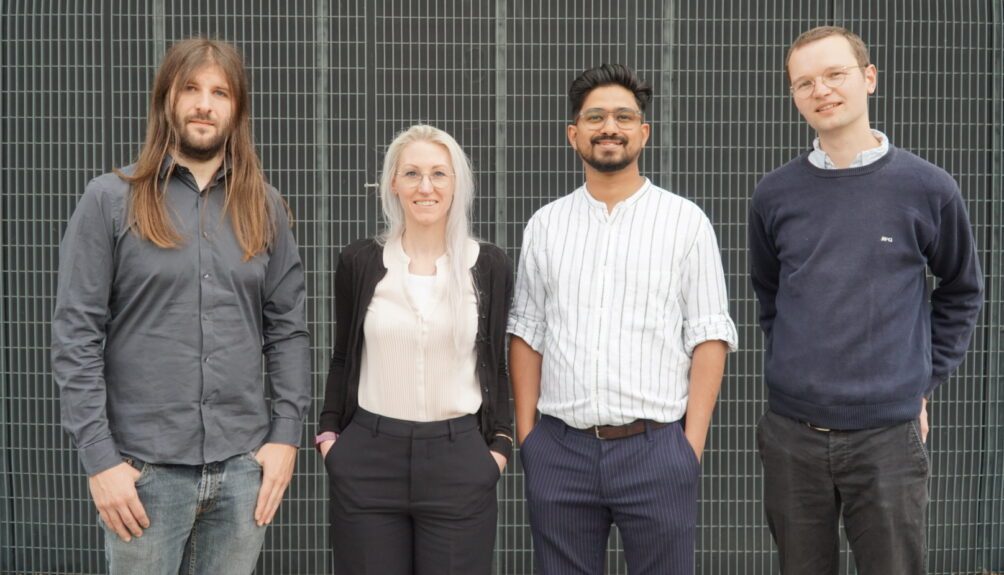 Despite the buzz around 3D printing in construction, it has yet to go mainstream. It’s for this reason Zeeshan Ahmed founded 3D concrete-printing startup Zavhy – to challenge the status quo and change the way we build

Last year in Nijmegen, the Netherlands, the longest 3D-printed bicycle bridge in the world was unveiled.

The construction of the 29-metre-long structure was possible thanks to research carried out by Zeeshan Ahmed during his PhD at Eindhoven University of Technology (TU/e).

Zeeshan saw his research as a way of developing knowledge about 3D concrete-printing – or ‘3DCP’ for short – but he also wanted to put theory into practice. So, on 1 April 2020, right at the start of the COVID-19 pandemic, he founded Zavhy.

Right from the outset, things weren’t easy. “I started a company without any entrepreneurial experience, and with COVID-19 everything became more difficult,” he said. “Without the support from my family, friends, and colleagues at TU/e, it would’ve been impossible.”

Zeeshan founded Zavhy to challenge the status quo – to automate and digitise the construction sector and address its chronic productivity, sustainability, and affordability challenges.

It’s hard to deny that Zavhy’s mission is an important one.

The construction industry contributes 40% of global carbon emissions, a third of all the world’s waste, and remains one of the most dangerous sectors to work in. Part of the problem is that the way we build today is antiquated, with the adoption of new technologies frustratingly slow.

“With 3DCP, we can build faster and more sustainably, improve the quality of construction, and lower costs,” explains the entrepreneur, who attained his Master’s from London’s Barlett School of Architecture, before moving to Eindhoven.

While 3DCP has been lauded as a solution to many of construction’s pain points, there are still some hurdles to overcome.

Working out the kinks

During his PhD at TU/e, Zeeshan was hard at work coming up with ways to overcome two major challenges that were preventing 3DCP technology from breaking into the mainstream. One was finding an alternative to steel reinforcement in 3D-printed concrete structures. The other was developing the right fibres and aggregates to add to the concrete itself.

“These projects allowed me to validate my scientific research,” says Zeeshan.

Both the RED and FRED projects are being carried out in collaboration with engineering companies Van Beek and TBRM ES, who also received part of the funding.

“The external recognition we received with that funding was very important to overcome any self-doubt we had regarding Zavhy,” says Zeeshan. “We could show everyone that what we’re trying to accomplish is important.”

It also helped Zavhy secure new collaborations with companies who are trying to address similar issues around 3DCP technology.

“My biggest competitors are not startups, but the traditional construction companies”

“We’ve come full circle now that we have sold the first prototype of the FRED system to TU/e, so they can carry out new research,” says Zeeshan.

The funding has also enabled Zavhy to scale their products and hire new staff. R&D material engineer Taco van Meeteren was recently added to the team, which, in addition to Zeeshan, consists of CFO Wendy Volkers and CTO Frits Rooyackers.

The startup consists of three divisions. The first is for the development and testing of new 3D printing hardware and software, the second is dedicated to actual construction projects, and the third is focused on setting up a 3DCP facility in Eindhoven where structures and designs can be printed.

Ultimately, Zeeshan wants to franchise his company, to support the Dutch government’s goals of building a million houses by 2030. By 2025, the startup aims to be working with at least ten other 3DCP franchises.

Because 3DCP technology is still so new, Zeeshan and his company have deliberately chosen to cover all aspects of the technology in order to best support the growth of the 3DCP market.

Zeeshan wants to create a consortium of companies and connect the value chain around 3DCP so that issues can be addressed collectively. “That way, everyone involved in the construction industry could benefit from it and stimulate others to change their mindsets,” says Zeeshan. “It’s about the whole process.”

He added: “We need to validate the technology and keep doing research, but also work on the hardware and software – and then apply that to real projects.

“We develop the material, develop the system that allows that material to be printed, and contribute to the design and construction.”

The 3DCP startup ecosystem is booming, but for Zeeshan, that is a good thing.

“It’s not about my business. I want to support others and make construction more sustainable together. My biggest competitors are not the startups, but the traditional construction companies.

“I need to show them the benefits of adopting 3DCP technology and get them on my side of the table.”