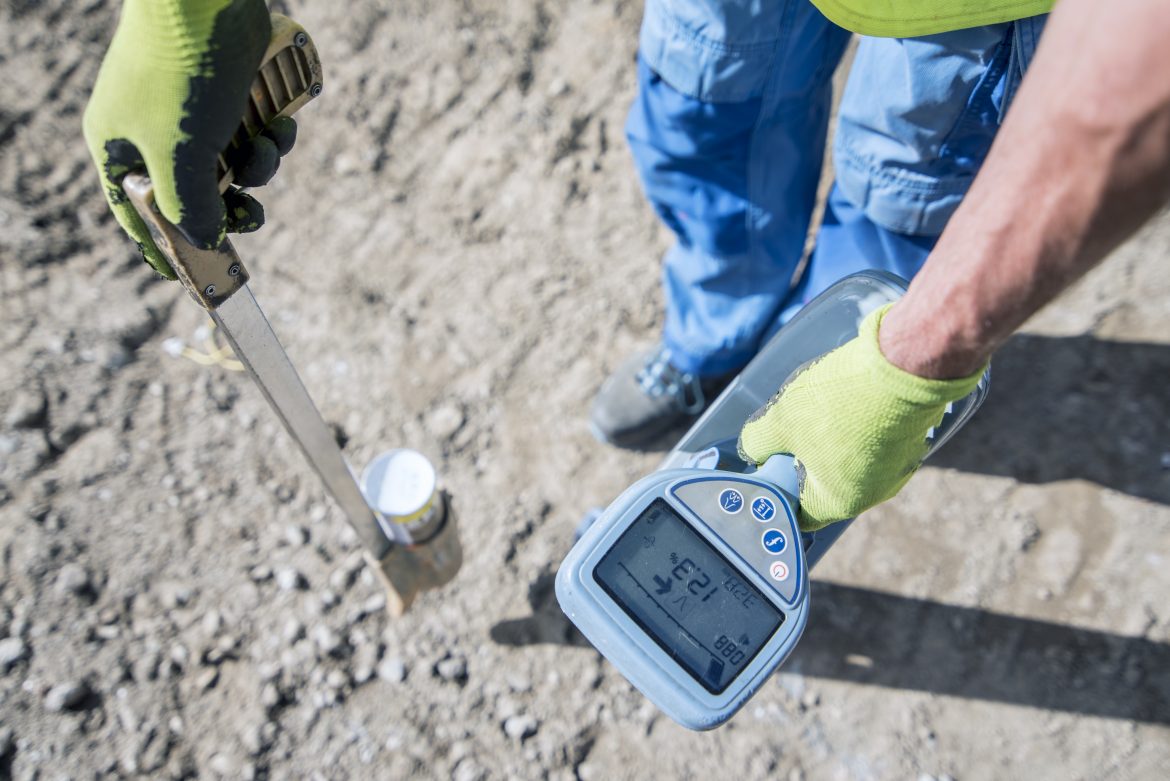 A HS2 construction site is being used as the test-bed for a new ground-monitoring technique that combines mesh wiring with fibre-optic cables.

Because the fibre-optic cables can sense the smallest ground movements, it is thought the technology could help prevent land slips and detect the formation of sink holes.

The implications have the potential to be “far-reaching”, with the prospect of huge savings in maintaining HS2 embankments and railway cuttings, as well as wider railway and road networks.

The team – which also included HS2 contractor Align and infrastructure monitoring specialist Epsimon – dug a test pit at the site to trial the smart grid technology by simulating ground movement.

Heavy-duty water-filled bags were laid in the base of the pit, sections of Sensorgrid were laid over it, and then buried.

Monitoring equipment then generated pulses of light that travelled through the cables.

To simulate ground movement, water was released from the bags, causing the weight of the ground above to move and strain the mesh, which in turn causes a change in characteristics of the light pulsing through it.

The team estimates that preventive action enabled by Sensorgrid would cost a tenth of what it would cost to repair ground that has failed.

Two kilometres of Sensorgrid has been incorporated into a cutting for the railway, with the technology set to provide continuous data to the monitoring team over the next two years.

Commenting on the initiative, HS2 Ltd innovation manager Rob Cairns said: “Sensorgrid is a great example of how we’re leveraging HS2’s size and scale to draw on British expertise to develop a technology and demonstrate its innovative capability in the early stages of construction.

“This will act as a test bed for proving out significant benefit to the operational railway, with long term benefits in bolstering the resilience of the UK’s transport network.”

Align innovation manager Nick Podevyn added: “A lot of hard work has gone into this innovation, which has been in incubation for more than a year.

“It has been an exemplar of open collaboration and working as one team to deliver the solution.”