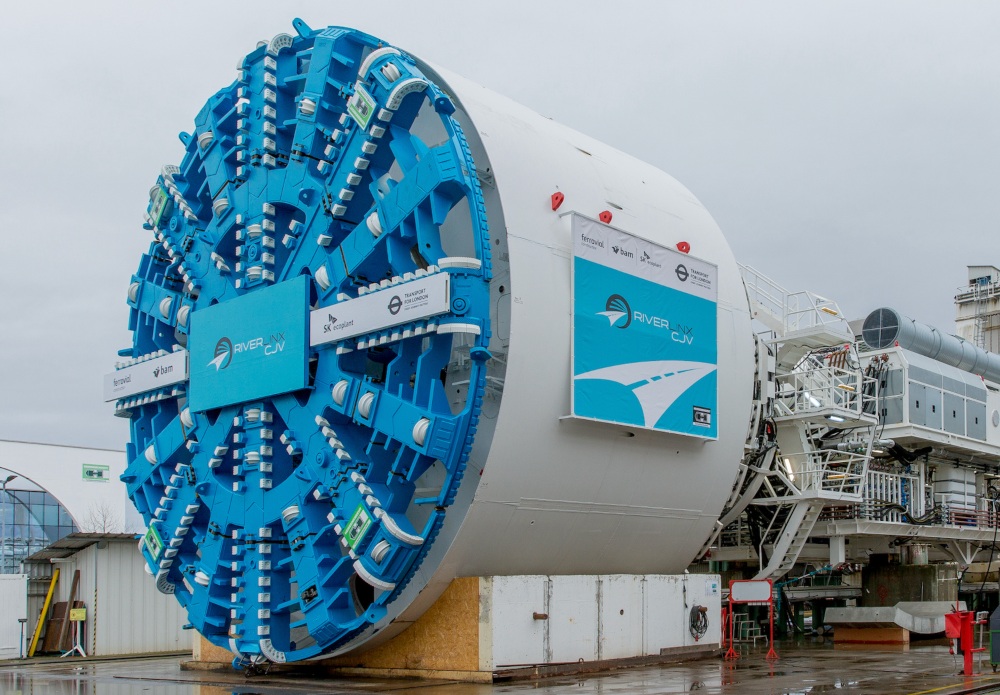 The largest Tunnel Boring Machine (TBM) ever to be used in the UK has passed factory tests and is being shipped in pieces from Germany to the Silvertown Tunnel project in East London.

The diameter of the TBM measures a whopping 11.91m.

German manufacturer Herrenknecht AG has already shipped the first pieces to the Silvertown site, keeping the assembly programme on track for launch next Spring.

The TBM will set off from the Silvertown launch chamber, piling for which is now completed and is currently being excavated.

It will then be rotated and relaunched from the Greenwich Peninsula, to excavate the second tunnel, completing a total drive of 2.2km.

When finished, it will have excavated nearly 600,000 tonnes of material, extracted by barges along the river to keep construction traffic to a minimum during the project.

Juan Jose Bregel, Project Director at Riverlinx CJV, said: “It gives me and the delivery team an enormous sense of pride to have reached this important milestone for the Silvertown Tunnel project.

“Not only seeing the works really taking shape in preparation for launch at the two main sites at Silvertown and Greenwich but feeling the excitement of what is still to come as the pieces of the TBM arrive to be reassembled and launched in the first quarter of 2022.”