Home » Hydrogen-powered train to be trialled in Germany

Hydrogen-powered train to be trialled in Germany 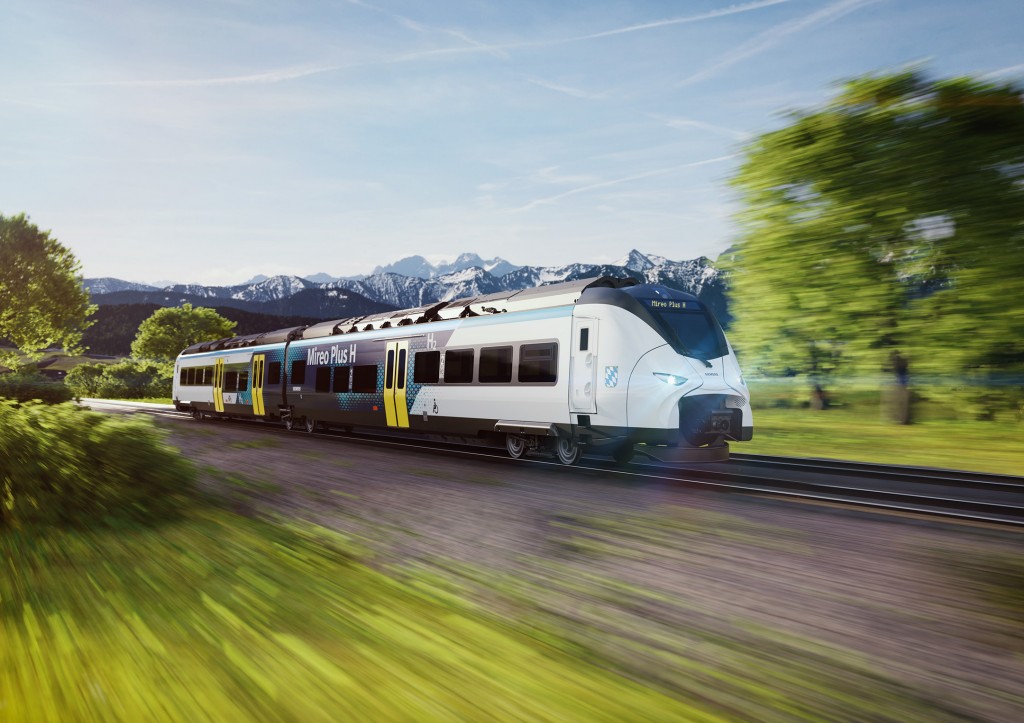 Bavaria has given the go-ahead for Siemens Mobility to trial its newly developed hydrogen-powered train.

From mid 2023, the two-car train will be tested on various routes within the German state, including on the Augsburg-Füssen route.

The pilot operation on the rail network of Bayerische Regiobahn (BRB) is planned for 30 months.

The hydrogen-powered train will be stationed in Augsburg during this time.

A Memorandum of Understanding to this effect was signed by Minister for Economic Affairs Hubert Aiwanger, minister for Transport Kerstin Schreyer, and top representatives of Siemens Mobility and Bayerische Regiobahn (BRB).

Commenting on the development, Hubert Aiwanger said: “The train is another important component in Bavaria’s hydrogen strategy.

“My ministry is promoting research, development and applications in the field of hydrogen technology.

“We’re organising this rail project together with our partners because we’re convinced that hydrogen technology will make a significant contribution to decarbonising transport.

“We’ll prove in Bavaria that business and climate protection can be reconciled with green hydrogen.”

Karl Blaim, managing director of Siemens Mobility, said: “Siemens Mobility is a leading supplier in the development of alternative drives, which can contribute significantly to reducing emissions, especially in regional transport where there are no electrified overhead lines.

“The technology partnership between Siemens Mobility and the State of Bavaria enables the further development of the Mireo Plus H for Bavaria and supports climate-friendly passenger transport in the state.”

The hydrogen-powered train is being developed on the basis of the Mireo Plus H platform from Siemens Mobility.

It is designed to operate on non-electrified rail lines and has a range of up to 800 kilometers.

The main components of the hydrogen traction drive are two fuel cells mounted on the roof.

The system uses the latest generation of batteries from the Saft company, which are installed beneath the floor.

The train will be presented to the public in the spring of 2022; while the first test runs in Bavaria are planned for 2023.

The train is set to officially enter passenger service in January 2024.