Home » ISG lined up for the BBC’s ‘most sustainable’ HQ

ISG lined up for the BBC’s ‘most sustainable’ HQ 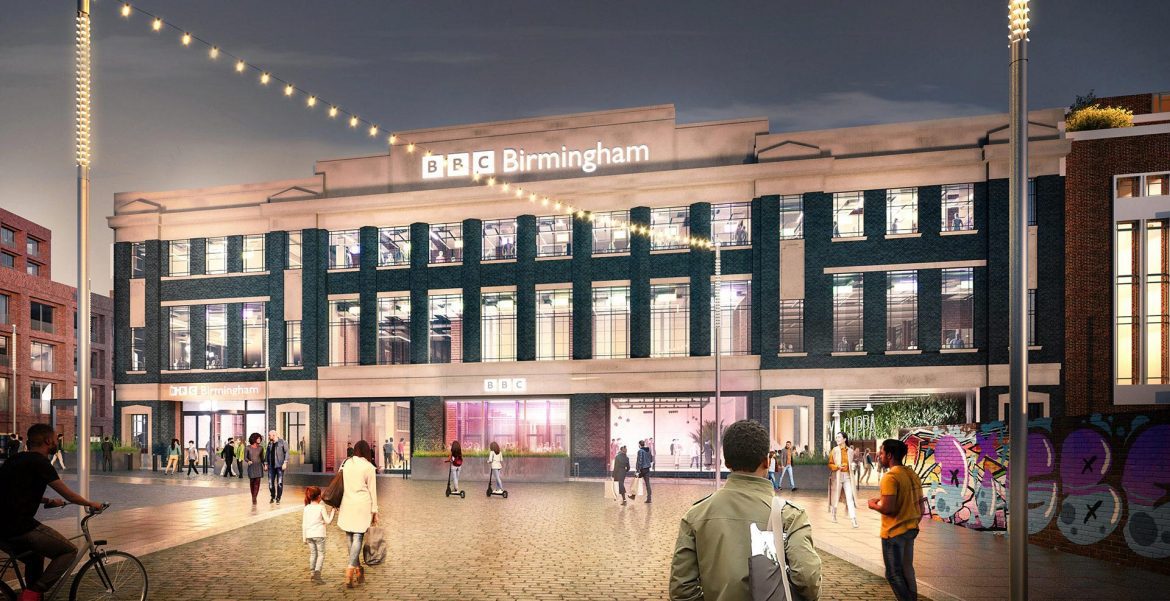 Contractor ISG has been lined up as main contractor to deliver the BBC’s new Birmingham home at the historic Typhoo Tea Building in Digbeth, according to media reports.

ISG has been in detailed talks with developer Stoford, which is working with The Gooch Estate, Glenn Howells Architects, Turley and a number of public sector partners to deliver what is billed to be one of Birmingham’s first net zero carbon buildings in construction.

In August 2022, BBC Birmingham announced it will move out of The Mailbox and into the new 84,000 sq.ft premises -expected to be ready for staff by 2026.

The Typhoo Tea Building is derelict after it shut down in 1978, but once plans are approved it will undergo a major regeneration into the broadcaster’s “most sustainable and flexible centre”.

Targeting a BREAMM ‘Outstanding’ rating, the building will repurpose the majority of its existing facades, structure and substructure, avoiding substantial carbon emissions.

It will be highly insulated, make use of natural daylight and utilise air source heat pumps for heating and cooling, with heat recovery fresh air ventilation systems.

Photovoltaic (PV) panels will be utilised to produce clean energy. No fossil fuels will be used in the heating or cooling systems.

Over the next decade, Stoford plans to deliver up to 800,000 sq ft of new residential, office and hospitality accommodation around the new BBC headquarters.

The wider scheme will see more than 10 acres of underutilised land around Typhoo Wharf and the adjoining canal basin transformed into a new mixed-use neighbourhood characterised by attractive public spaces and open thoroughfares.