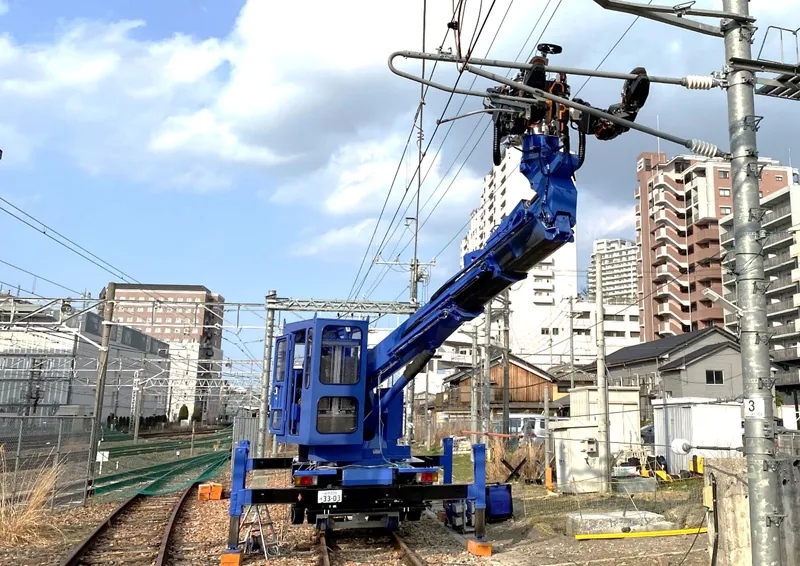 Developed jointly by JR West, Human Machinery Co., and Nippon Signal, the purpose of the multi-functional railway heavy equipment is maintenance and construction work, allowing for installation and replacement of large components in positions high above the track.

Mounted on the end of a crane, the robot is piloted remotely via VR goggles.

According to the company, the robot allows workers to lift and naturally manipulate heavy equipment around the rail system without exposing them to the risk of electric shocks or falling.

The robot rides around the rail system on a specially braced rail car, putting down stabilising legs when it’s time to get to work.

A video released on Twitter shows the robot lifting and positioning some reasonably sizeable components, as well as cleaning overhead rail structures with a special multi-angle brush.