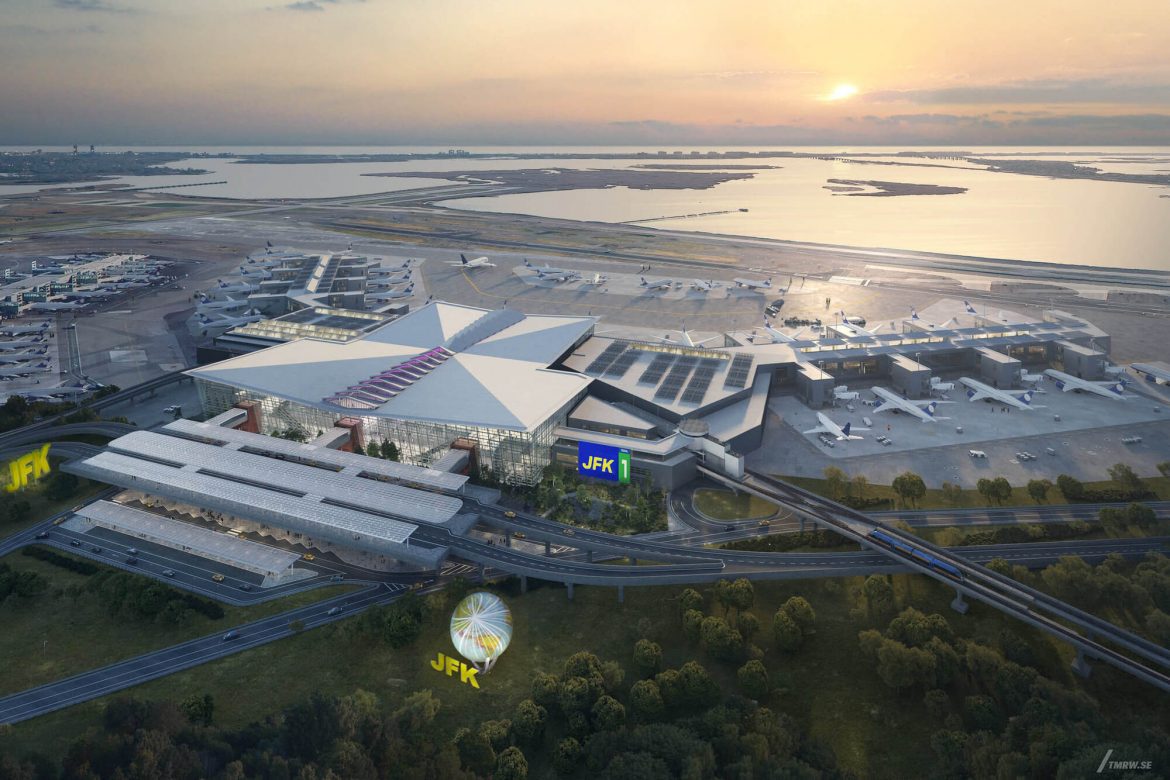 The 2.4 million sq.ft international terminal will become JFK’s largest upon completion. Construction will occur in phases on the sites of the current Terminals 1 and 2 as well as the former Terminal 3.

Overseen by leading global infrastructure operator Ferrovial, construction and design of the project will be led by AECOM Tishman.

A group of firms, including Carlyle, JLC Infrastructure, and Ullico, are among the private partners behind the scheme.

The terminal will feature expansive, naturally lit public spaces, cutting edge technology, and an array of amenities, all designed to enhance the customer experience and compete with some of the highest-rated airport terminals in the world, said investors Carlyle.

New York Governor Kathy Hochul remarked on the milestone: “We’re doing it better, because right now you go through a place like Penn Station and the former LaGuardia and the former airports, you just wanted to look down. You shuffled along, you know, just kind of in the masses.

“You didn’t have any reason to feel optimistic, to put a smile on your face. New York Governor Kathy Hochul remarked on the milestone.

“Now, when you come through our airports, you see beautiful artwork that lifts the spirit, lifts the soul. You see the light coming in from the heavens. It is a transformative, positive, very human experience that has been long denied because people before us didn’t have the vision that we have today.”

The arrivals and departures hall and the first of the new gates are expected to complete in 2026.