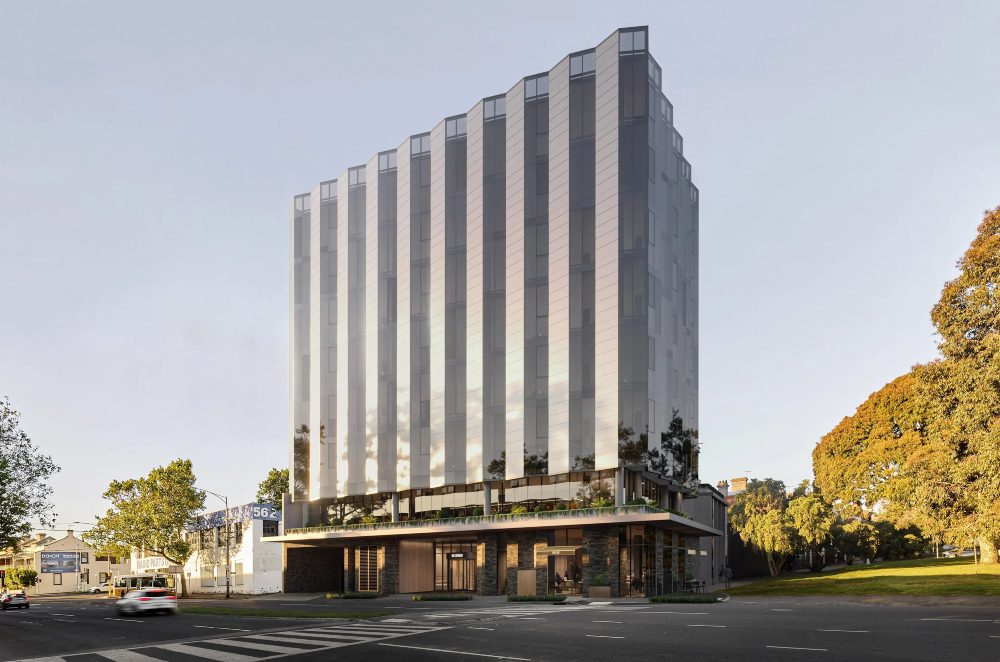 Named 550 Spencer, the eight-story office building will produce more electricity than it requires using a cutting-edge solar facade made up of 1,182 solar panels.

Once in operation, the solar facade system will generate 142 kWp which, according to Kennon, will be sufficient to produce more electricity than the building requires. The firm estimates that this will prevent the emission of 70 tonnes of carbon dioxide every year.

The panels will be from German company Avancis‘ solar facade system called Skala, which has never been used in Australia before.

The studio’s founder Pete Kennon said that the national construction codes and standards of construction have not yet made provision for solar facade products.

Though Skala has been used in Europe, the studio had to conduct a number of tests with local expert Red Fire Engineers to ensure its fire safety and approval from the state of Victoria’s building appeals board.

The 550 Spencer tower was commissioned by a private developer for a corner plot on the edge of the city’s central business district.

It will form part of a high street that is in the process of being renewed and it is hoped to set a precedent for construction in the area.

An added benefit of putting all the solar panels on the facade is that it frees up the rooftop for garden space.

The studio hopes that taking steps to bring the solar facade system to Australia, will encourage further use of it in the country and in turn more sustainable construction.

“We see the major success of the project as that it opens the opportunity of a solar facade product to the Australian industry,” concluded Kennon.

“We hope this project will set a benchmark for the future of on-site power generation in dense urban environments.”