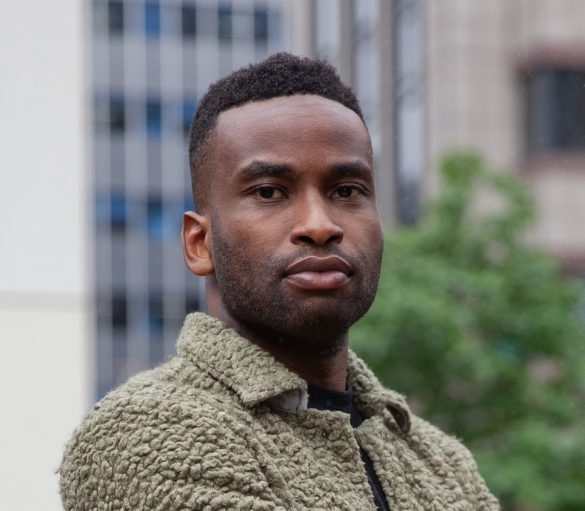 Muyiwa Oki has been elected as the next President of the Royal Institute of British Architects (RIBA), one of the foremost positions in UK architecture.

Muyiwa Oki is an architect at construction consultancy, Mace Group. He previously worked at Grimshaw Architects, where he founded and chaired the practice’s multi-ethnic group and allies network.

Aged just 31, he is the youngest ever RIBA president since the role was established in 1835.

Muyiwa is an external speaker and mentor for aspiring architects in programs that encourage greater social mobility within the industry.

Throughout his career as an architect, he has worked on large-scale infrastructure projects, such as HS2 Euston and the North London heat and power project.

Muyiwa stood for election as RIBA President, alongside Jo Bacon and Sumita Singha. After the election, current president Simon Allford congratulated Muyiwa for his campaign and electoral manifesto focused on the future of the profession.

Muyiwa was put forward as a potential candidate in May after being chosen by an informal collective of early-career architects, students and architectural activists keen to shake up the institute and move it beyond ‘empty slogans and self-serving initiatives’.

After his election, Muyiwa Oki, commented: “I am grateful to the grassroots movement whose support and passion offered a platform to represent architectural workers. Most of all a special thanks to those members and nominators, that responded to this movement, tuned in, and voted – especially those that did so for the first time.

“We can be proud of an election where people of colour, at different stages of their careers, of all identities, can be heard and seen bidding to represent the profession. I hope this is the start of many great things to come for those who feel disenfranchised and under-represented.

“I am proud of my campaign, the discourse has been positive, energetic, and inspirational. It has been a privilege to run alongside Jo and Sumita and as RIBA council and Board members, I am looking forward to working with you both to deliver equity, transparency, and innovation in architecture.”