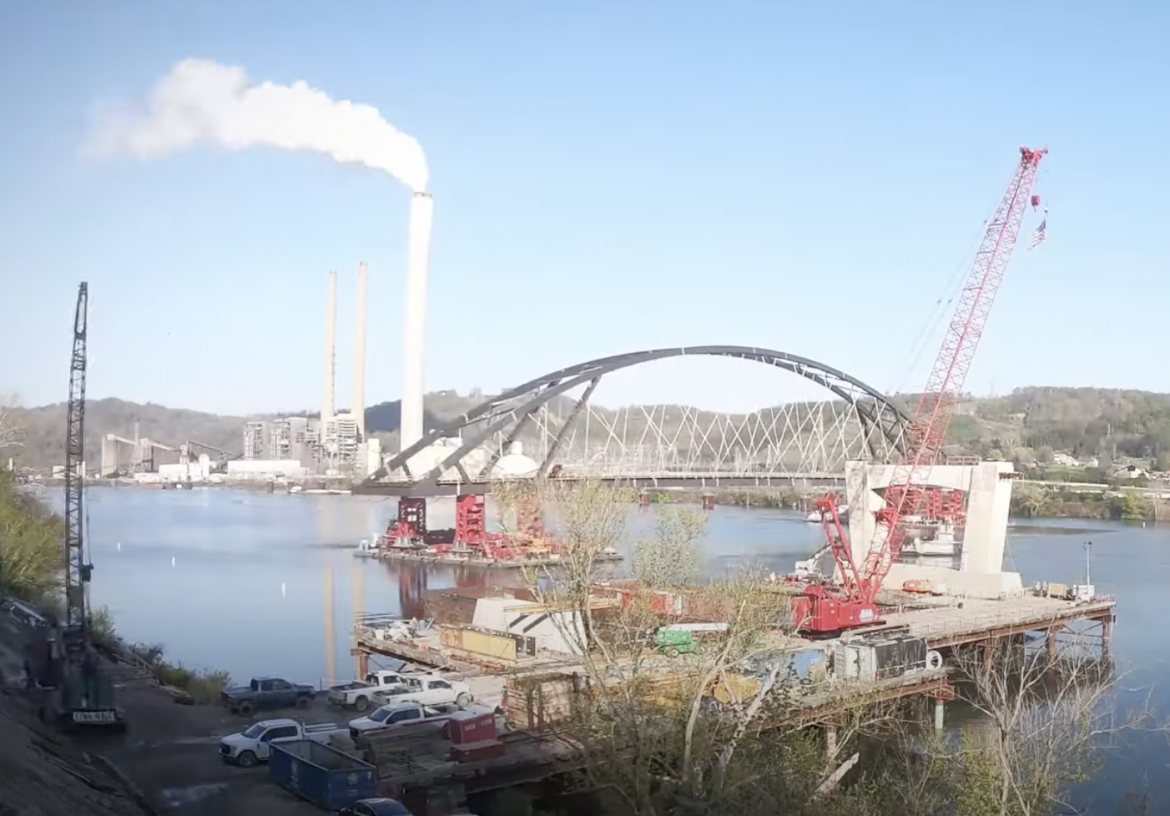 A record-breaking floating bridge lift has been successfully executed by Flatiron Construction and Dutch heavy lifting specialist Mammoet in the USA.

The operation – which was conducted in order to connect the new Wellsburg Bridge over the Ohio River – was the heaviest of its kind ever conducted in the USA, according to Mammoet.

Mammoet’s proposed technical solution used its Mega Jack system, mounted on a barge, to jack-up and install the 3,870-tonne structure, which spans 252 metres.

The option of jacking from beneath rather than lifting from above, using strands jacks, was chosen for speed and to minimise any interruption to river traffic.

The Mega Jack solution could be completed in a maximum of two days; while an alternative strand jacking method would have the bridge hanging on strand jacks for at least two weeks, according to Mammoet.

Main contractor Flatiron Construction started work on its $131m (around £95m) contract for the West Virginia Department of Transportation in April 2018, and is scheduled for completion in October 2022.

Flatiron Construction then floated the barges to Wellsburg, where Mammoet then took over the load of the bridge on its Mega Jack system.