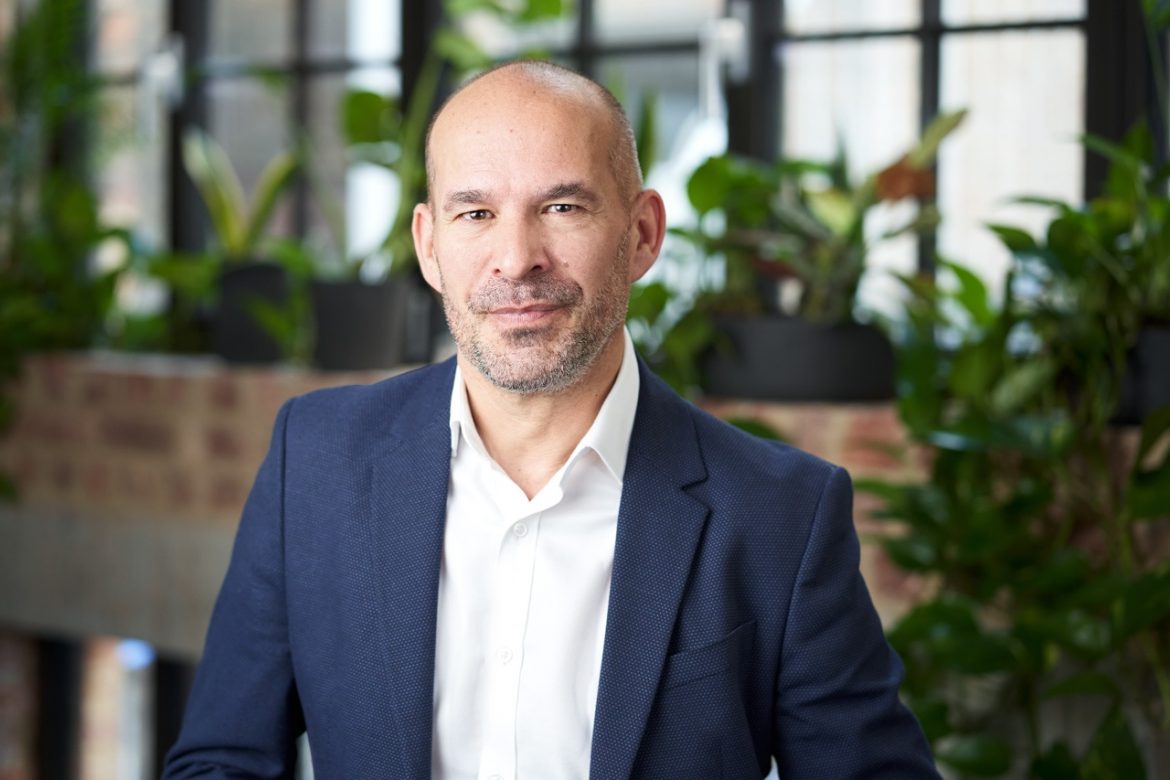 Despite calling on the UK construction industry to “modernise or die” in 2016, MMC champion Mark Farmer still sees a sector grappling with the same issues it did five years ago. That said, there are signs that the message is starting to break ground, as he tells Build in Digital’s Liam Turner

The term ‘Modern Methods of Construction’ is fraught with misconceptions. Many of the methods aren’t ‘modern’, and those unfamiliar with the industry inadvertently perpetuate the belief that modular is the only method there is.

The truth is, modern methods of construction, or MMC, has been misunderstood for a long time. While the likes of Scandinavia and Japan have stormed ahead with MMC housebuilding, the UK has stood stagnant, frozen in place by a potent mix of misinformation, misconception, and historic mishaps.

Mark Farmer, the government’s MMC champion, has made it his mission to change all that. The founding director and CEO of Cast Consultancy has more than 30 years’ experience in construction; and, aside from being the government’s go-to on all things construction, sits on countless boards and advisory groups, including the MHCLG joint industry working group on enabling greater use of MMC in the residential sector, which he chairs.

When, in 2016, Farmer penned a report titled ‘Modernise or Die’ – in which he identified key failings within the UK construction industry and how MMC could serve as a potential panacea – naturally, people took note.

Offsite design holds many advantages over traditional design, such as increased quality, improved safety, reduced waste, and accelerated delivery. Yet, despite these benefits, Farmer isn’t seeing the level of take-up that he would like.

“There’s probably a combination of the ongoing issues that I talked about in my review back in 2016 about skills – that has only got worse,” he says.

“Actually, some of my predictions in 2016 have turned out to be undercooked, so people should be really concerned at the moment. Have we got the people we need to deliver the homes that this country needs, that the government is expecting as part of its political commitments?

“Increasingly, the answer is, no.”

“A lot of this is about carrot and stick – the carrot of wanting to do things better and make more money, and the stick of, actually, we don’t have any choice anymore”

Farmer’s latest report, Build Homes, Build Jobs, Build Innovation, published in September last year, lists 10 reasons why offsite has so far failed to take hold of the UK market. Ranging from unclear terminology and a lack of data to scant engagement from the financial sector and outdated building regulations, the barriers to large-scale adoption are indeed formidable.

That said, Farmer’s report – which he co-authored with HTA partner Mike De’Ath – expresses optimism at the decade ahead. In the report, Farmer argued that the UK should aim to build 75,000 modular homes per year. That’s around a 1,500% increase on the 4,000-5,000 units currently being delivered – and a lot more than the 10,000-15,000 units the country could deliver if it were operating at max capacity.

So, with the UK so far dragging its feet when it comes to MMC, why is he so bullish?

“A lot of people will say that [75,000] is so big it’s not possible for decades,” says Farmer, “but it doesn’t work like that, because in manufacturing you can get quick multiple increases in your capacity.”

He adds: “That is a sort of relatively exponential journey. It’s very, very possible that a handful of large modular manufacturers, who have got orders flowing, who are delivering to what clients need, could be at those sorts of numbers easily within a five-to-10-year programme – if not before.”

Farmer’s lotfy target hasn’t been plucked from thin air. Independent research conducted for the report found that delivering 75,000 MMC homes annually could create 50,000 new jobs, add 0.75% to GDP, and reduce carbon emissions in new homes by as much as 40%.

“A lot of this is all about carrot and stick,” says Farmer. “Some of it is the carrot of wanting to do things better and make more money, and some of it is the stick of, actually, we don’t have any choice anymore.”

Farmer became the government’s MMC champion at the end of 2019, just before the COVID-19 pandemic swept the globe. But rather than hinder the development of MMC in the UK, he says the pandemic has actually had the opposite effect.

“When COVID hit, there was a lot of concern around what that meant for the economy, uncertainty around construction, housebuilding, et cetera – and actually, a lot of that hasn’t transpired,” he says.

“In the meantime, everyone’s been thinking – and social distancing restrictions on site has, if anything, in some ways accelerated everyone thinking – how do we build with less people on site?”

The pandemic is not the only factor to have contributed to the increase in MMC housebuilding: climate change is the other key catalyst that Farmer says has spurred the industry forward.

It certainly seems to be the case that, in the past year or so, construction firms and businesses more widely have become a lot more cognisant of the climate crisis and the push for net-zero. A growing commitment from government has also shunted the issue to the fore, manifesting in headline-grabbing developments such as the UK’s pledge to become a net-zero economy by 2050 and this year’s COP26 conference in Glasgow.

“There’s a sort of societal awareness of climate change coming up to COP26,” says Farmer. “Some of the political messaging around that is starting to bite, and everyone is realising that this is all going to have an implication on how we design and how we build homes that are much more carbon efficient in terms of their operation – and in the medium to longer term, more importantly, embodied carbon.”

For the most part, Farmer agrees that offsite manufacturing can serve as a better, greener alternative to traditional construction – but only if it’s done well.

“It’s very possible to do offsite badly, and to do offsite with a high carbon tax sitting around it,” says Farmer. “So, I don’t think we should rush into the assumption that all offsite is better.

“And then if you do all of that, then yes, absolutely, because it’s manufacturing and not construction. You’re going to cut all the waste out, all the reworking, the defects, the landfill. All of that should tumble.”

A test of skill

Yet another misconception of MMC is around skills. With the construction industry facing a shortage in this area, one amplified by the effects of Brexit and COVID restrictions, many see MMC and its focus on technology and automation as the solution to their impending woes.

That’s not the case, according to Farmer, who says that the benefits of a more remote way of working and a heightened awareness of the climate crisis will all be for nought if the skills needed to increase capacity and adoption are lacking.

“It would be easy think, okay, we’d all move to MMC and the skills problem goes away,” he says. “What we’ve got to recognise is that we have a different skills problem.”

However, Farmer believes the skills problem facing the MMC industry is easier to solve than the one bearing over the wider construction sector.

Firstly, although a large workforce will still be required, the nature of MMC and offsite manufacturing means construction firms can do more with fewer people. Secondly, the requirements needed for effective MMC are vastly different to traditional construction.

“It’s nothing to do with, have we got the people that are going to put all this stuff together, assembly, people on site… all this starts with architects,” says Farmer.

“Actually, not just architects: it starts with clients. So, clients and architects making decisions when they’re building a new development to think about MMC, from the very first principles.”

“It’s a really important thing to keep focussed on.”

The seven types of MMC

So, five years on from Modernise or Die, what is Farmer’s assessment of the state of the UK construction industry in 2021? Is it alive and kicking or knocking on Heaven’s factory-made door?

“The issue here is not about, is change happening, because…the evidence points in the industry are now sufficient enough for me to forward an opinion that you have a gradual change happening across the market,” says Farmer.

“The issue is probably more about the pace in terms of, are we where we should be around the proximity of some of the problems the industry has coming up in front of it, and is the industry reacting quickly enough to change the way it does things?”

“Everyone is realising that something’s not quite right, and we need to change”

The mere admission that change is happening is not something Farmer could have said with much conviction five years ago. And although the pace of change could be quicker, we now have enough data and evidence to be encouraged by the progress being made – despite the turbulence of the past couple of years.

The need to decarbonise; to build safer, better quality buildings; and to deliver more with less are all coming together “like a domino effect”.

“Everyone is realising that something’s not quite right, and we need to change.”

Read next: Some UK subcontractors struggling to engage with BIM – report