Mixed-use building in Albania to take form of national hero  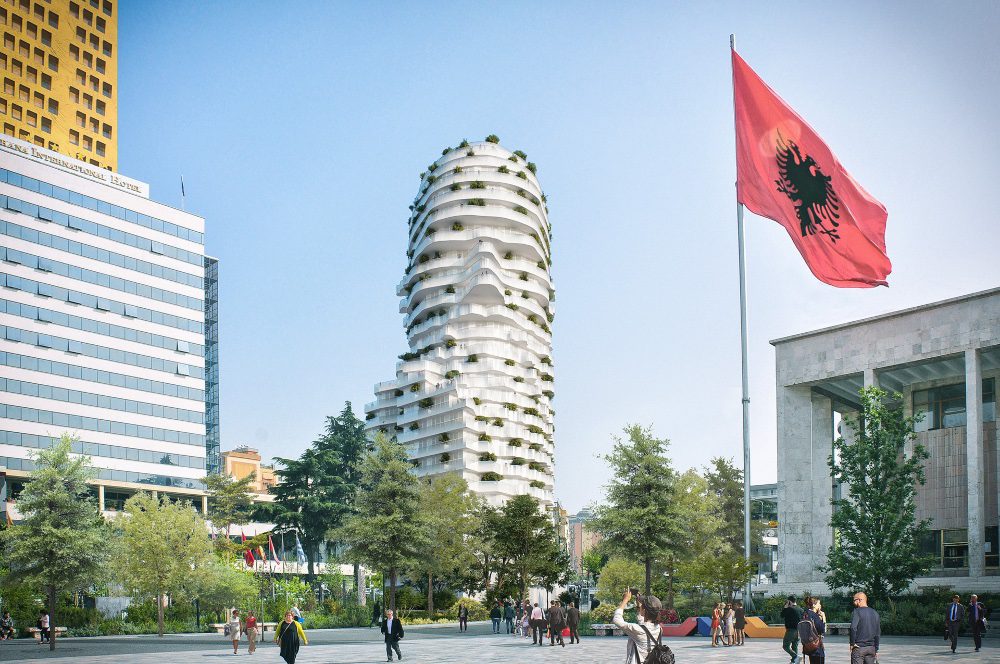 Work has started on an 85-metre-tall mixed-use building in the Albanian capital of Tirana that will serve to honour one of the country’s greatest heroes.

The building, designed by Dutch architects Mvrdv, has been made to resemble the bust of Gjergj Kastrioti (commonly known as ‘Skanderbeg’), who organised a rebellion against the Ottoman Empire during the 15th century.

The building, known as ‘Tirana’s Rock’, will sit in Skanderbeg Square in the centre of Tirana and will contain offices, retail space, and residential units.

It will be one of the world’s biggest buildings that double as figurative sculptures, with varying balcony lengths forming the contours of the man’s profile.

Skanderbeg’s form rises from a small base making use of the maximum allowable volume like a marble bust.

The figure’s shoulders align with the widest part of the site, while his head is turned to the right, facing the square that bears his name.

The base of the tower will hold one level of commercial space, with four levels of offices above at the lower end of the bust, and 20 floors of apartments creating the head.

Commenting on the development, Winy Maas, Mvrdv founder, said: “These days, cities around the world increasingly look like each other – I always encourage them to resist this, to find their individual character and emphasise it.

“To me, the Skanderbeg Building is an opportunity to do just that – it brings new meaning to existing elements of Albanian architecture.

“As Albania begins its negotiations to join the EU, projects such as this one are part of the European Project – it stresses Albania’s history, character, and presence in a unified Europe of many states.”

Read next: Berlin to build car-free housing and tech district on former airport

Green light for one of London’s largest timber...