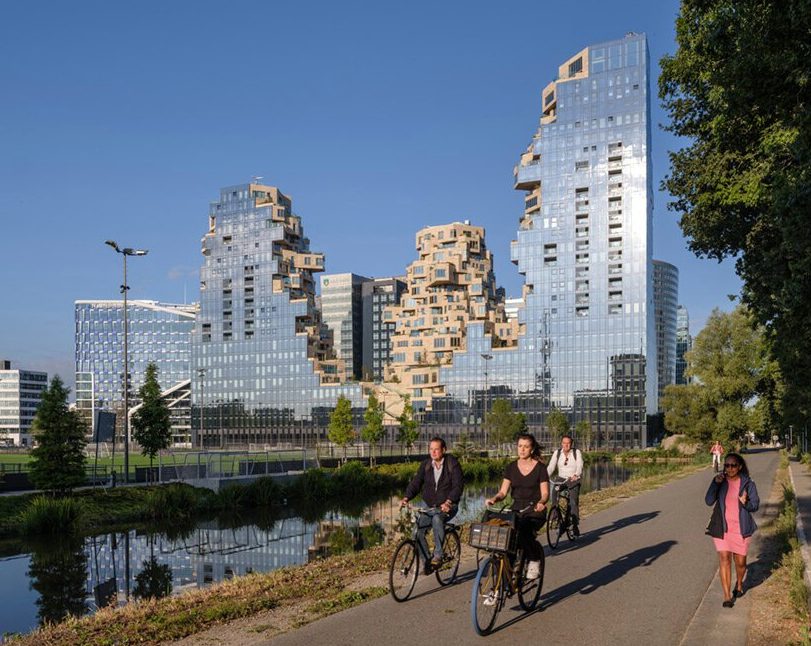 Valley, the angular, geology-inspired high-rise designed by MVRDV for developer Edge, was officially opened in a ceremony on Friday (16 September).

The 75,000-square-metre building, which was recently declared the world’s best new skyscraper by the Emporis Awards, is located in Amsterdam’s Zuidas neighbourhood and is made up of three towers standing at 67, 81, and 100 metres.

The mixed-use development combines offices, shops, catering, cultural facilities, and apartments in one building, and hosts approximately 13,500 young plants, shrubs, and trees as part of the developers’ green building ambitions. 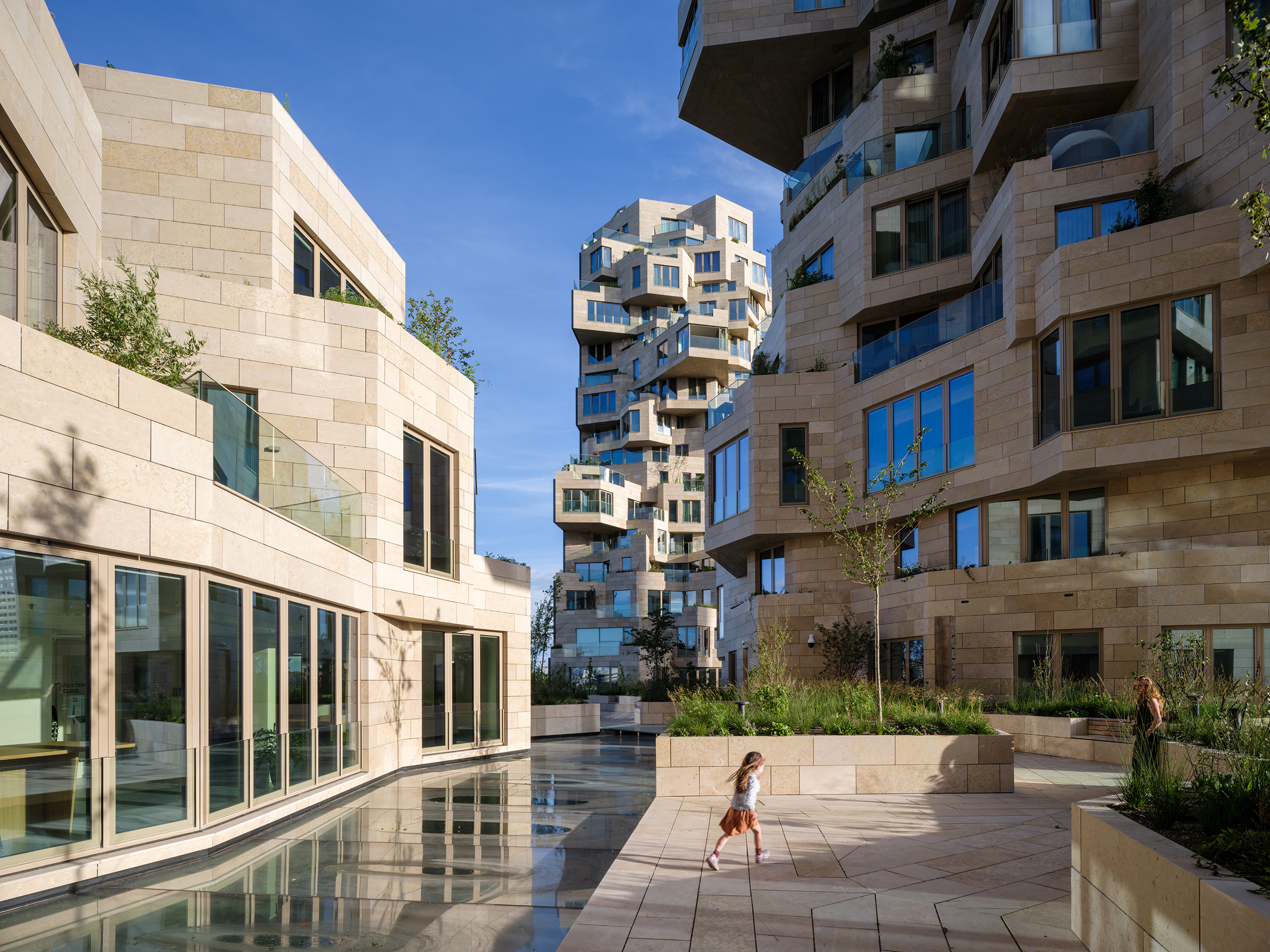 The building’s layout is tailored to a mixture of residents, workers, and visitors: on top of the three-storey underground car park, offices occupy the lower seven floors, with apartments located on the eighth floor and up.

Much of the building is open to the public: from the publicly accessible footpath that zig-zags up to the central valley from the street level, to the Grotto, an atrium that forms a covered street on the first floor where the Sapiens Lab – a breeding ground for young scientists – will soon open. 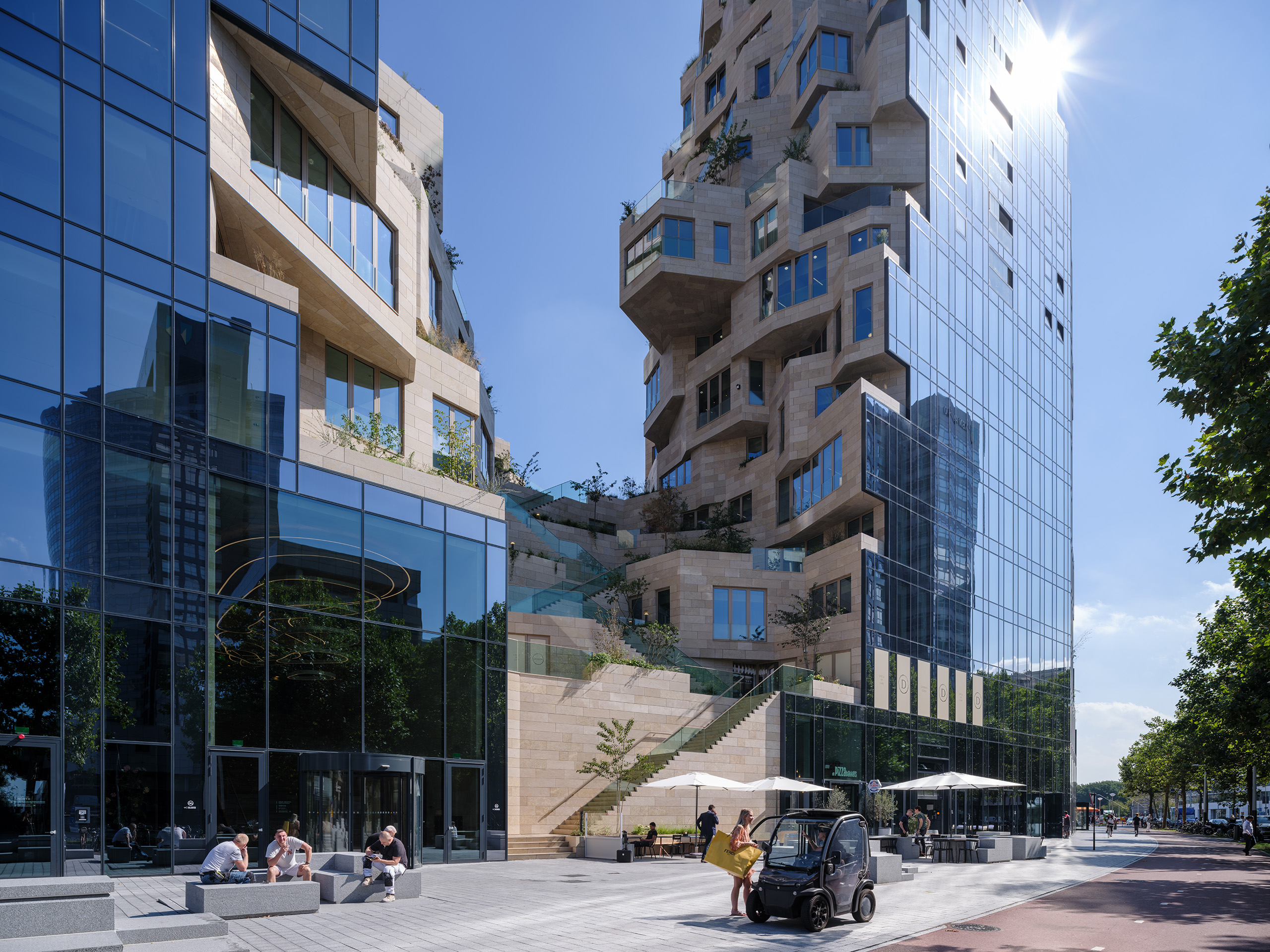 The Dutch architectural firm’s technology experts created a series of custom digital tools to perfect the building, from a tool that ensured every apartment had adequate light and views, to a programme that made possible the apparently random pattern of over 40,000 stone tiles of varying sizes that adorn the building’s façades.

The building’s energy performance is 30% better than local regulations require, it has received BREEAM-NL Excellent certification for the commercial spaces.

The latest smart technologies are integrated in the office spaces, including IP-based Building Automation Systems and various sensors linked to monitoring actual usage.

The construction of Valley took four years, with the first residents and entrepreneurs moving into the building at the end of 2021.

With the opening ceremony hosted last Friday by the building’s owner RJB Group of Companies and developer Edge, the project is finally ready to be occupied fully by the public. 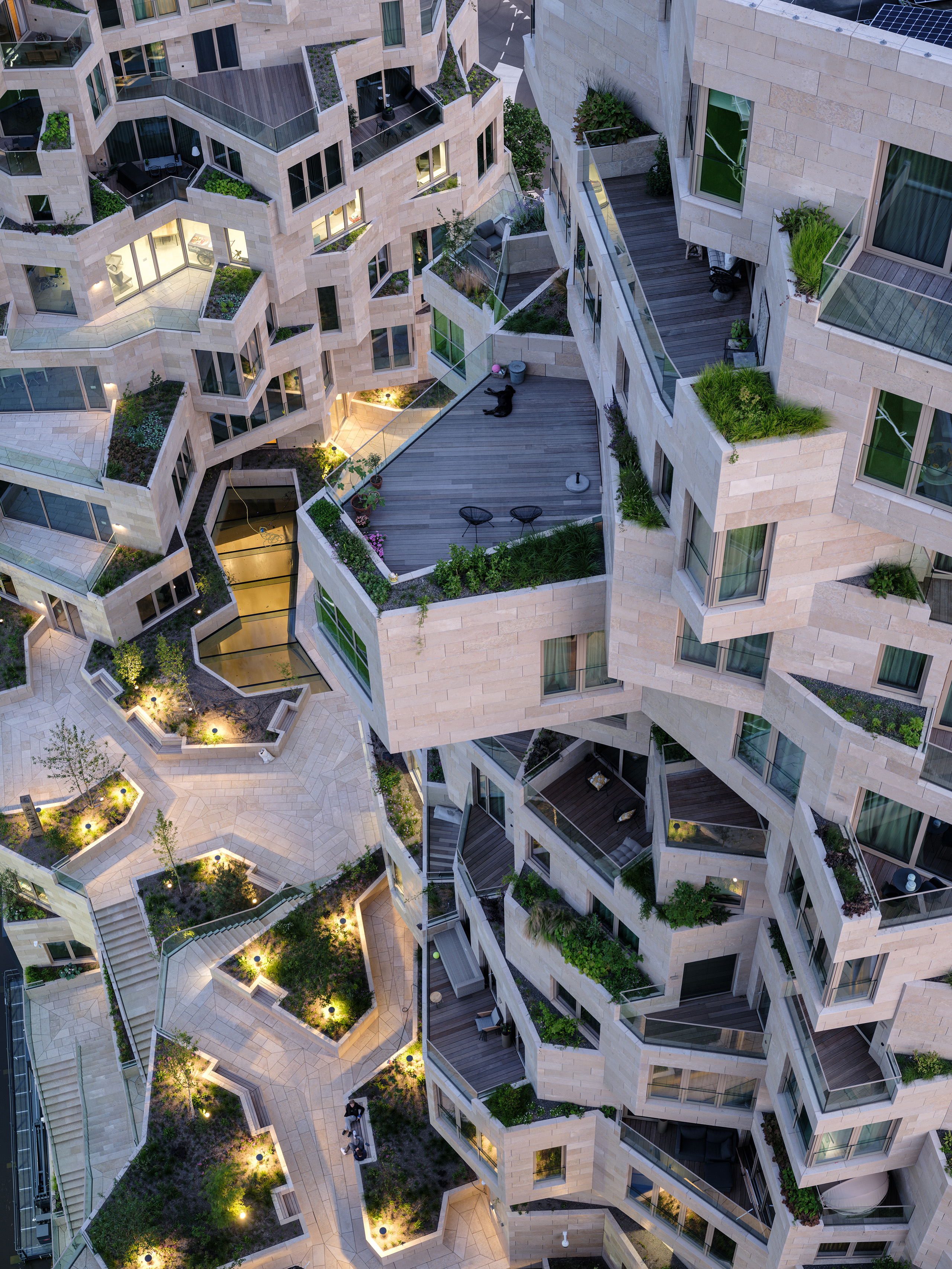 Winy Maas, founding partner at MVRDV, commented: “How do you make an office district liveable? What should the homes be like? What else is needed? Those were the questions we started with when we designed Valley.

“Instead of a one-note business centre, this site along Beethovenstraat in Amsterdam is now a symphony of life – people working, yes, but also barbecuing on their terraces, visitors relaxing in the valley, shopping in the grotto, eating dinner by the street, and even the window cleaners and the gardeners scaling the heights above.

“Valley is a first step towards transforming this part of Amsterdam into a greener, denser, and more human city.”

Read next: These are the world’s top 10 best new skyscrapers