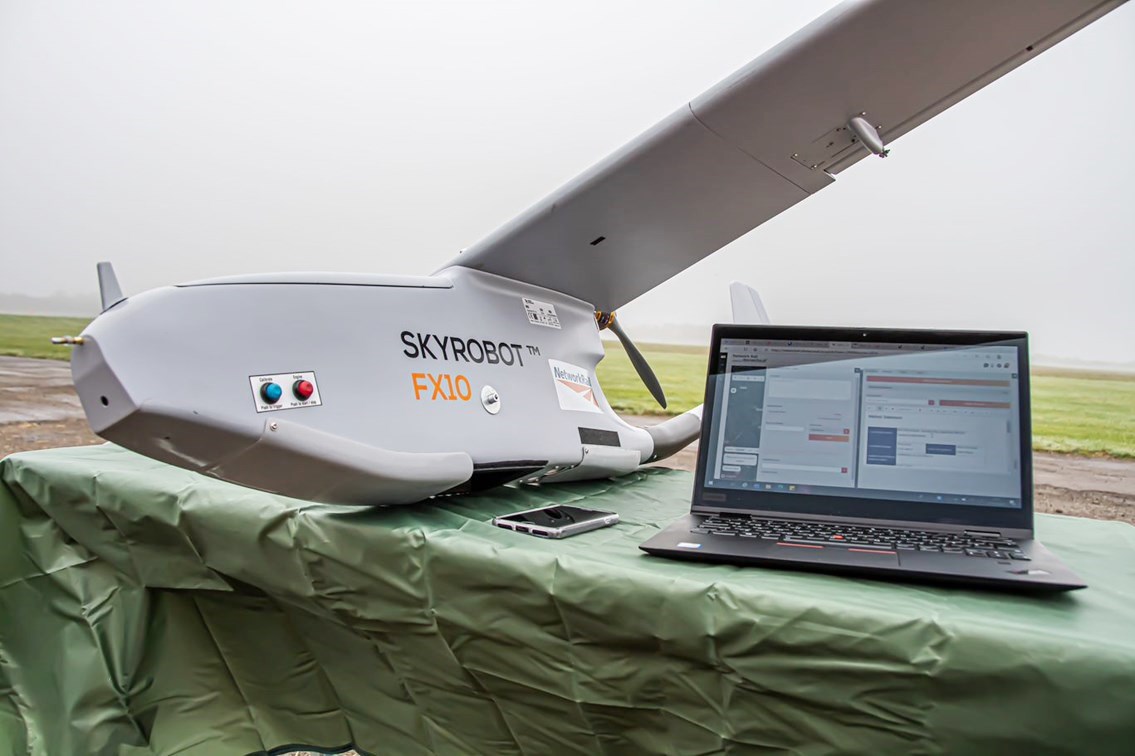 Network Rail has completed a Beyond Visual Line of Sight (BVLOS) drone flight, billed as the furthest civilian drone flight in the UK to date.

After 18 months of preparation, the test flight took off on 27 October from the Bicester aerodrome and flew for 25km along the East West Railway.

Network Rail has been using drones to detect faults on the railway for years, however this was only for short sections and always within sight of the operator.

As a safer form of maintenance, it helps reduce the number of manual inspections and minimises disruption for commuters.

Rikke Carmichael, head of air operations at Network Rail, said: “While flying Beyond Visual Line of Sight will ultimately provide us with much greater capability, it is worth emphasising that this was a proof-of-concept flight, and that a shift to using BVLOS as business as usual will take some time.

“Nonetheless, yesterday was an important milestone and I’d like to thank my team for all their hard work on this project over the last couple of years.

“We’ll now turn our attention to agreeing a strategy for using drones both VLOS and BVLOS, after which we will want to engage with industry for the next exciting phase of BVLOS becoming another routine service the Air Ops team provides the business.”

A Network Rail helicopter also flew along with the drone to assess compatibility, and it was concluded that the two worked together effectively.

During the flight the helicopter gathered data, which will now be utilised to develop a ‘digital twin’ of the railway that was flown over.

Read next: Ferrovial & Vertical team up for UK-wide vertiport build