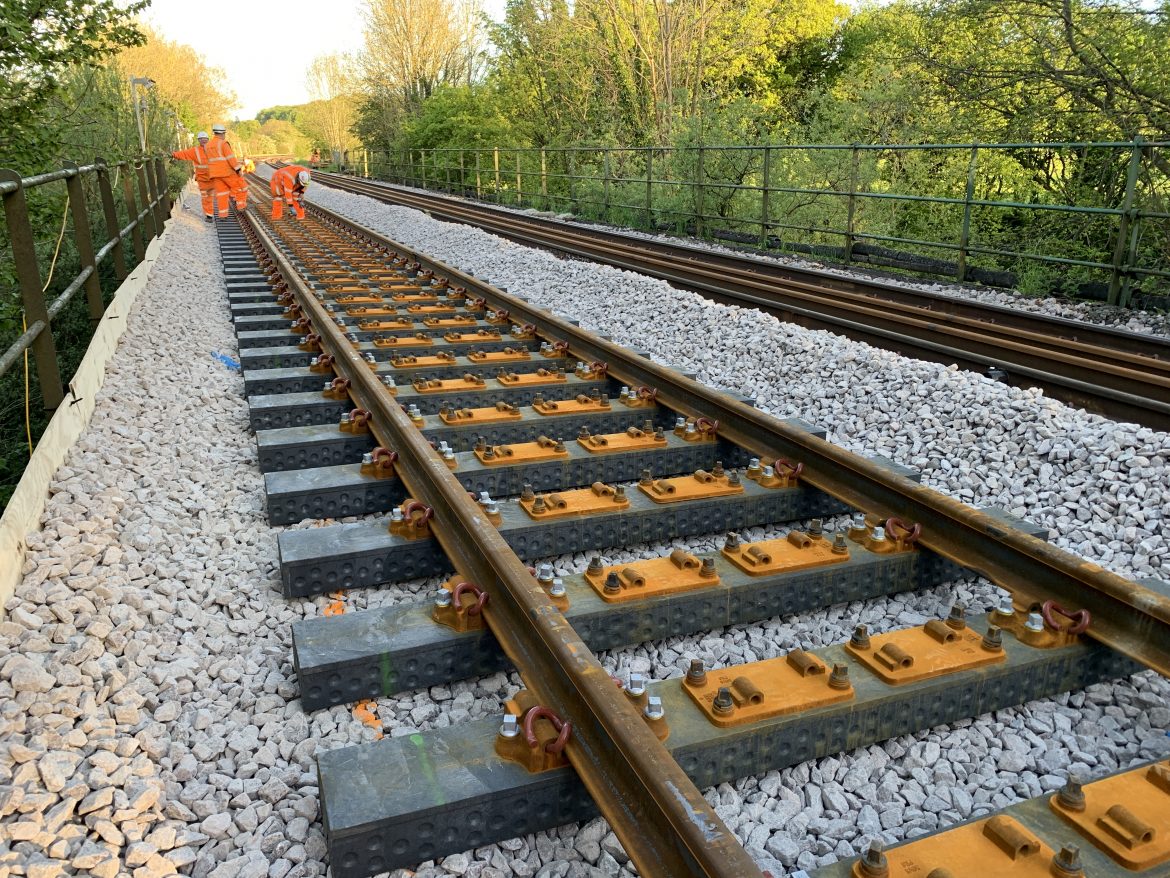 The product has been installed across the weight-restricted Sherrington Viaduct – situated between Salisbury and Warminster – representing the first time Network Rail has used such technology on its tracks.

Previously, tracks across the viaduct would have had to be fitted with wooden sleepers, as concrete would have been too heavy for the structure; however, from August, creosote-treated softwood sleepers will be banned and no longer acceptable for use.

The new composite sleepers are manufactured by Sicut in the UK using a mix of locally-sourced plastic waste.

Network Rail said it hopes to reach its zero-carbon 2050 target due to at least a 40% reduction in greenhouse gas emissions from sleeper production and embodying recycled plastic within the track infrastructure for a minimum of 50 years.

The sleepers also have a longer service life and reduced maintenance compared with timber sleepers.

Designed for more than 50 years of use, when they are eventually replaced, the sleepers can be re-used, re-purposed or recycled.

“Rail is already one of the greenest ways to travel, but we’re committed to even greener and better journeys, whether this be changing how we maintain the lineside or finding innovative ways to improve the railway by reusing materials and reducing landfill.

“By using these sleepers, not only are we upgrading the track for customers – they will be travelling on a railway laid using sustainable materials as part of the circular economy.”

Read next: Germany set to overtake UK as BIM leader