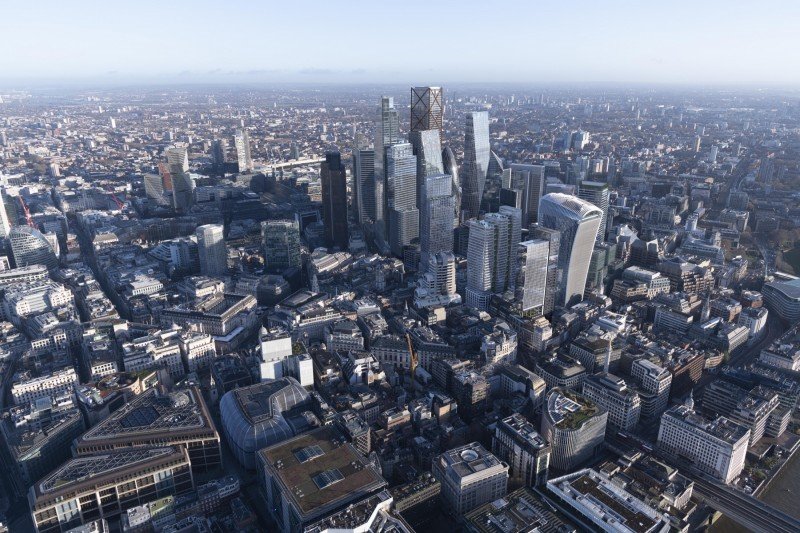 The City of London Corporation has issued images showing what the skyline of the City could look by the mid-2020s.

The majority of the tall buildings in the updated visualisations will be in the so-called eastern cluster and will fill the gap near Rafael Vinoly’s Walkie Talkie.

The Walkie Talkie is situated much closer to the Tower of London World Heritage Site than the rest of the cluster, but was approved because of its “high-quality” design.

The City said it issued the images to demonstrate investor confidence in the Square Mile, despite the COVID-19 pandemic creating uncertainty around the future of office-working.

Alastair Moss, chair of the corporation’s planning and transportation committee, said: “These new CGI images clearly illustrate that the City office is here to stay and the future of the Square Mile remains bright.”

Four of the buildings in the cluster were approved in the last year, with a fifth, Acme’s 60 Aldgate High Street, outside the cluster.

The rest are either already consented, under construction or recently completed, such as PLP’s giant 22 Bishopsgate, the new tallest building in the City.

The list also includes Eric Parry’s 1 Undershaft, whose future has been the subject of much speculation.

However, although the list also includes Foster & Partners’ Tulip, the building does not appear in the images because it is still subject to a planning inquiry, the City said.

Moss said: “As we look towards the recovery from the pandemic, our planning pipeline is extremely busy with the anticipation of a swift return to the City as the leading place for business in a world-class environment.”

He added that the City had had “phenomenal” support from developers and investors, despite the uncertain times.

He said: “These developers have embraced trends – such as flexible workspace, world-class additions to the public realm, and including an array of wellness practices such as greening – to ensure office buildings in the City remain fit for the future.”