Paris’ Triangle Tower project to launch ‘by end of the year’ 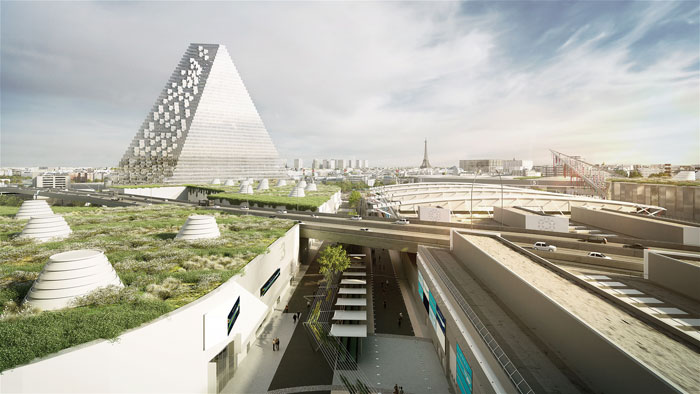 Unibail-Rodamco-Westfield (URW) group announced yesterday that work on the Triangle Tower – which is due to open at Porte de Versailles in Paris – will begin ‘by the end of the year’.

URW have signed a co-investment partnership with AXA IM Alts for the project, which is expected to open in 2026 and create more than 5,000 direct and indirect jobs.

Designed by Jacques Herzog and Pierre de Meuron, winners of the prestigious Pritzker Prize, the Triangle Tower hopes to create a significant lively urban space for Parisians by combining office space with amenities including a conference centre, street level shopping, restaurants, and a hotel.

The Triangle Tower will also offer childcare and healthcare facilities, and a cultural centre.

Jean-Marie Tritant, CEO at Unibail-Rodamco-Westfield, said: “We are pleased to welcome AXA IM Alts as partner on the Triangle Tower project as we create a new destination within Greater Paris as part of URW’s ongoing commitment to enhance the city with quality developments.

Isabelle Scemama, global head of AXA IM Alts, and CEO AXA IM Real Assets, said: “The Triangle Tower project is a flagship project for the city of Paris and its region.

“It has been designed as a particularly innovative location and will benefit from the best environmental certifications, notably in terms of energy efficiency and carbon footprint.

“We are proud to be associated today with this unique and emblematic project alongside URW.”

Jacques Herzog and Pierre de Meuron, Architects on the project added: “We designed Triangle for Paris and Parisians and what we want to achieve most with this building is that it should be open to everyone and include the entire community.”

Read next: Plans unveiled for futuristic mega-hospital in Qatar