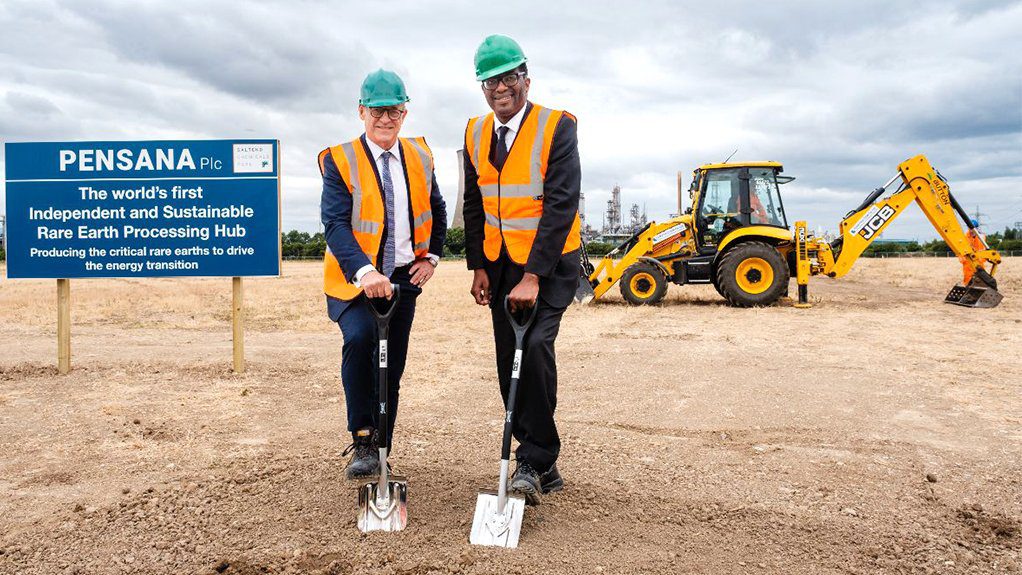 Pensana has broken ground at its Saltend rare earth processing hub in the Humber Freeport, set to be the UK’s first major facility of its kind in more than a decade.

The project is part of the launch of the country’s first critical minerals strategy, unveiled last week, to weaken China’s dominance on the group of 17 minerals used in electric vehicles, wind turbines, and military equipment.

Once in full production in 2024, it will be one of only three major rare earth oxide producers outside of China and will be the world’s first rare earth processing facility being powered by offshore wind.

“Critical minerals will become even more important as we seek to bolster our energy security and domestic industrial resilience – in light of Russia’s illegal invasion of Ukraine – and as we move away from volatile, expensive fossil fuels,” Kwasi Kwarteng, UK secretary of state for business (pictured, right) said in a government statement.

The government is backing the initiative with an undisclosed sum from the £1bn Automotive Transformation Fund (ATF), which has a mandate to support the electrification of the UK automotive supply chain.

Paul Atherley, Pensana chairman , said: “Our Saltend rare earth processing hub will be the world’s first independent and sustainable rare earth separation plant, with plans to produce 5% of the global magnet metals in 2024.

“This will play a vital role in transforming the UK’s EV and offshore wind industries, as well as creating high value local jobs in the Humber region.”

There’s a lot of hot air and promises,” Thomas Kruemmer, author of the Rare Earth Observer blog, told the Financial Times. “Processing the ore in Angola would generate large volumes of thorium, a radioactive material, likely requiring the involvement of the UN nuclear watchdog, the International Atomic Energy Agency.”

Critics are also sceptical of the company’s goal of producing 5% of global magnet metals by 2024.

The Saltend project has an estimated capital cost of £161m, while the Longonjo mine in Angola is estimated to cost just under £250m.