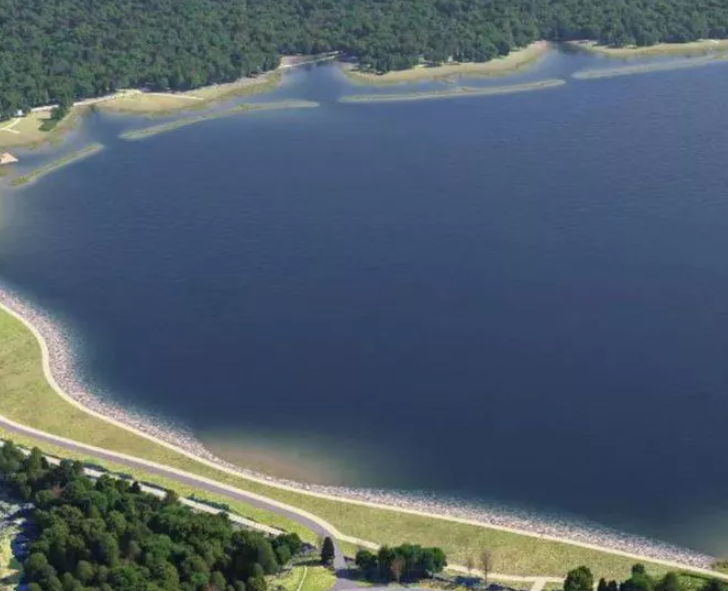 Plans for a 160-hectare reservoir in south-east England have been signed off.

The Havant Thicket Reservoir will sit between Rowlands Castle in East Hampshire and Leigh Park in Havant, and will deliver a total of 8.7bn litres of water storage.

The detailed planning application for Havant Thicket Reservoir – along with a separate application for the pipeline, which is needed to fill and remove water to supply to customers – was considered and granted permission following hours of debate by councillors at East Hampshire District Council and Havant Borough Council.

The reservoir is a collaboration between Portsmouth Water and Southern Water and will safeguard water resources for years to come in the south-east of England.

The plans include a reservoir, visitor and education centre, picnic, play area, and parking facilities.

Once finished, Havant Thicket Reservoir will promises to create a permanent wetland with bird-watching facilities.

“It will also help cater for a growth in the population and housing and more droughts as a result of climate change.”

Clare Satchwell, cabinet lead for Planning, Hayling Seafront Strategy and Coastal Management at Havant Borough Council, said: “This major project has been talked about in the borough since the 1960s, and after a comprehensive report and presentation at Havant’s planning committee on 3 June, the committee considered the applications for Havant Thicket Reservoir and gave permission, subject to completion of a section 106 legal agreement.”

Bob Taylor, chief executive of Portsmouth Water, added: “It is great news that both Havant Borough and East Hampshire District’s planning committees have resolved to grant permission for our reservoir proposals – recognising the growing public need for reliable and resilient water resources and our ambitions and commitment to support the environment and communities.

“As well as securing much-needed future water supplies, Havant Thicket Reservoir will help safeguard the River Itchen and River Test, two of Hampshire’s rare and world-famous chalk streams, by enabling less water to be taken from them.

“It will also create a new green leisure hub for people and wildlife.

“I would like to thank the councils for their support on this vitally important scheme, and we’re also very grateful to local people and community representatives for their strong backing and valuable feedback over a number of years, which have helped shape the plans and our approach in many areas.”

The reservoir is provisionally set to fully open to the public in 2029.