Home » Plans in for massive film studio complex in Bedfordshire

Plans in for massive film studio complex in Bedfordshire 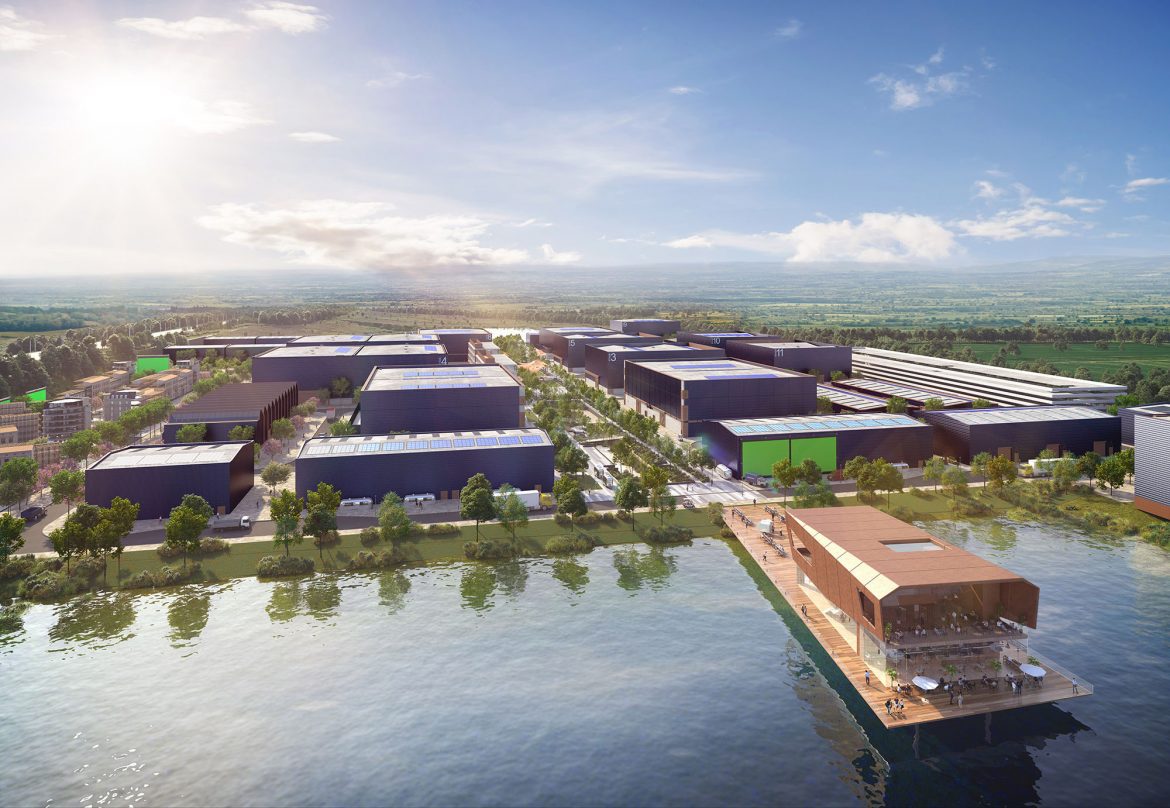 Plans for a major 1.75 million sq.ft film studio complex in Bedfordshire have now been submitted for planning.

Designed by architect Scott Brownrigg, the new film and television studio campus will be built near Stewartby at a 143-acre site and former clay brick quarry.

The HOP Studios development is a joint venture with Verb – a subsidiary of investment firm Cathexis, which owns contractor ISG, – and film studio operator Quartermaster.

Head of Masterplanning at Scott Brownrigg, Bruce Calton said of the project: “This complex brief, across an intriguing site, combines landscape, water and a highly-functional film and television campus masterplan.

“It has been a rewarding experience creating such a unique setting for the Home of Production (HOP) within the UK.”

A transport hub will connect the site to the local bus network with an arrival point for cyclists, pedestrians and coaches.

A phased construction programme is due to start in Spring 2023.