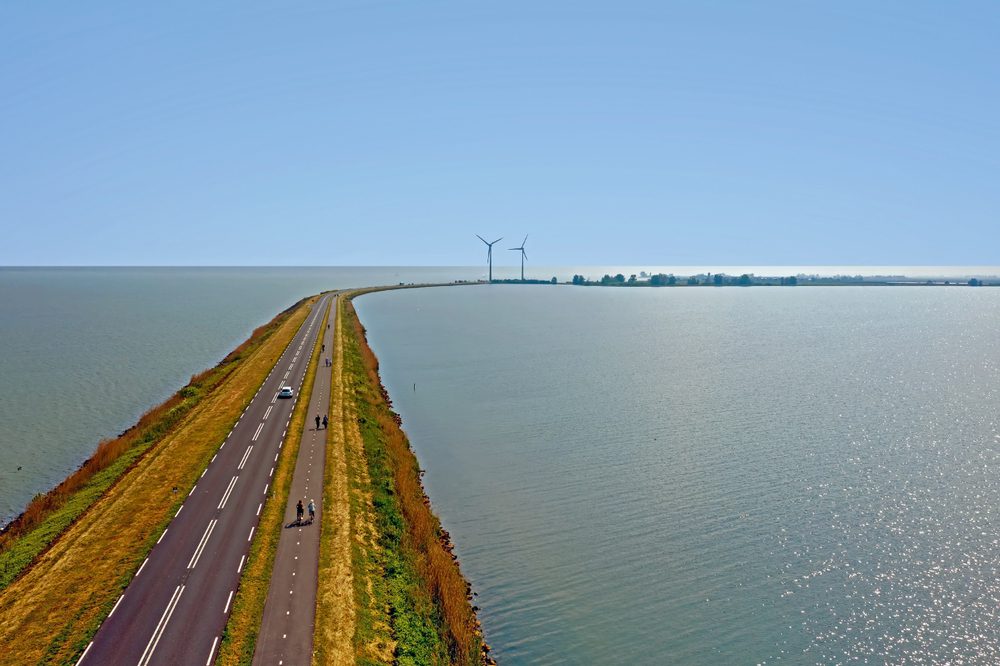 Plans have been revealed for a £2bn tidal barrage across The Wash, a bay in East Anglia between Lincolnshire and Norfolk.

The barrage project would feature the world’s first tidal powered deep sea container terminal, which would have the capacity to handle up to four million containers annually.

The barrage would also include a dual carriageway and could create 1,200 jobs, Centre Port have said.

In a letter to investors Centre Port Holdings chief executive officer James Sutcliffe said that the Wash was an “ideal” location for a hydro-electric dam.

He said: “It is relatively shallow with an estuary that drains the Lincolnshire and Cambridgeshire fens. The four main rivers that flow into the Wash, the Witham, Welland, Nene and Great Ouse carry water from higher ground, including from Leicestershire, Rutland, Northamptonshire, Bedfordshire, Norfolk and Suffolk.”

However, there are concerns from conservationists, including the RSPB, who say a tidal barrage would fundamentally alter the nature of the intertidal habitats and cause “catastrophic effects on nature and wildlife.”

Nick Bruce-White, director of RSPB England, said: “It’s absolutely necessary to look at where the UK sources its energy and how we produce more of it ourselves from renewable sources, but we have to make sure we’re striking the right balance for nature.

“The Wash is one of the most complex coastal habitats for its hydrology and stunning range of wildlife. Spending millions of pounds on assessments and surveys is a waste of time and money that could be better spent on more workable, established solutions to generate green energy, such as wind and solar power.

“Based on the current evidence that demonstrates the destruction this would bring to The Wash, we consider this project a non-starter.”

The scheme has been deemed a Nationally Significant Infrastructure Project, so its future will be decided by the government’s Planning Inspectorate.

Centre Port say they have already agreed a strategic partnership and received an undisclosed amount of funding for the project from energy specialist Centrica.

The developer is now looking to raise £8M for a two-year feasibility study, on which it will engage with environmental and technical consultancies.

A planning application for the tidal barrier scheme is yet to be submitted, but a Centre Port Holdings spokesperson told the BBC they hoped the project would be operational by 2028 at the earliest.

Image: the Dyke to Marken in the Netherlands (credit: Steve Photography/Shutterstock)