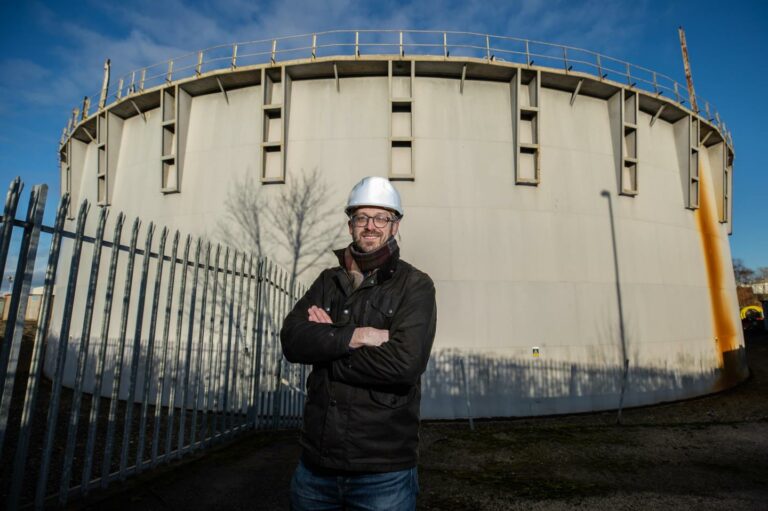 The Scottish firm has signed a deal with gas distribution company SGN to create the hub at a former gas holder facility at the city’s rail depot.

The green hydrogen production, storage, and distribution facility is expected to scale to eight tonnes of hydrogen per day which could service 800 heavy goods vehicles daily, cutting 30,000 tonnes of emissions per year.

The company said the cost will depend on final development plans, which are expected to be completed in line with delivering hydrogen by 2024.

Luke Johnson, managing director of H2 Green, said: “We’re excited to be launching our first project with SGN and we’re confident this will have a huge impact on the decarbonisation of Inverness and the wider Highlands region, where transportation has a high carbon cost.

“We’re looking to essentially take a redundant piece of land and bring it back into commercial use as a scalable long term clean energy solution to reduce transport emissions, benefitting the planet and the local economy.”

Ownership of the site will be transferred from SGN to an operating company owned by H2 Green.

Councillor Trish Robertson, chair of the Highland Council, said: “The Council is delighted that H2 Green have recognised the importance of the Highland in the development of Green Hydrogen in Scotland. This development will see Inverness become one of the first cities in the UK to establish commercial production of green hydrogen.

“The economic and decarbonisation potential of this energy source is enormous, and we’re looking forward to Highland and H2Green playing a leading role in the transition to zero carbon fuel sources.”

SGN is preparing the Inverness site for the development, including removal of the existing gas holder in Q2 2022.

Land value has been agreed, priced at pre-development cost, with payment to be made in cash or project equity.

Marcus Hunt, director of commercial services and investments at SGN, said: “SGN is helping to shape the UK’s energy future through a range of pioneering clean energy projects.

“Transport represents almost 30% of the UK’s emissions so working with H2 Green to create a green hydrogen hub in Inverness is an exciting opportunity which supports the country’s net zero ambition whilst boosting the developing hydrogen economy.”

Reply Retweet Favorite
Hardt Hyperloop and RFI will carry out technical-economic feasibility studies into where hyperloop corridors may be… https://t.co/6KC4Ae98oy

Reply Retweet Favorite
Cambridge engineers have filed a patent and been awarded new research funding for their invention of the world’s fi… https://t.co/ym85CJk7jA