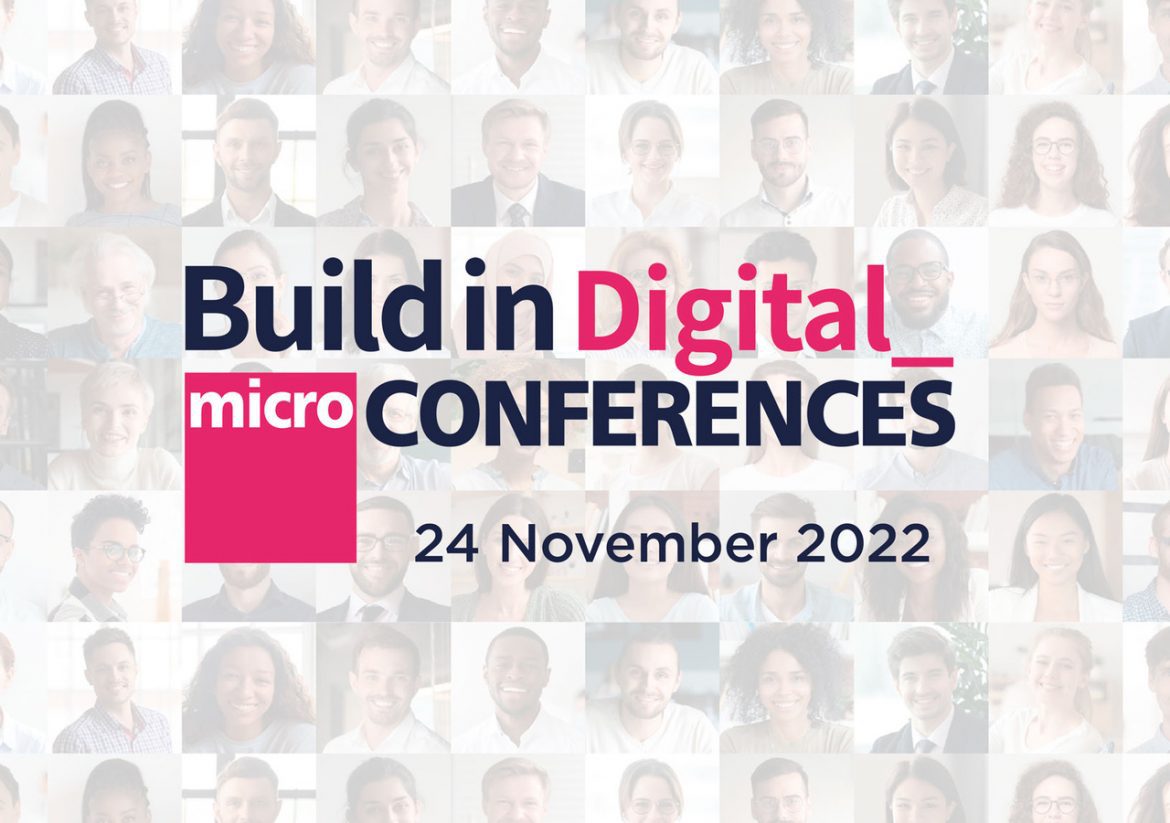 Last week Build in Digital kicked off its first online micro-conference event – ‘Delivering a smart project: Taking digital construction to the next level’.

First we heard from Renato Benedetti, Director at prestigious architecture firm Benedetti Architects, who walked us through the comprehensive expansion and redesign of the British Academy of Film & Television Arts (BAFTA) headquarters in London.

Renato spoke about their subtle use of smart tech to create a building that is future-proofed and modern but retains its historic feel. He underscored the significant carbon savings of the retrofit, which included the installation of a 3D-printed organic compound that sucks in CO2.

Renato also emphasised how early engagement of contractor in the design process improved collaboration across the entire project.

After that we moved on to one of the UK’s largest infrastructure projects – the Transpennine Route Upgrade. Digital Construction Manager for the project, Shervin Yousefzadeh, guided us through some of the state-of-the-art technologies and approaches they have implemented to make the project run on time and on budget.

Shervin emphasised how, due to the project’s size and scope, it was crucial to create one common data environment to make to improve not just data management but the management of the project as a whole.

To consolidate and visualise the data and ultimately improve efficiency, Shervin’s team setup an immersive ‘BIM Cave’ and deployed a range of 4D simulation tools. What is clear is that the project really serves as a testing ground for key industry innovations including, BIM collaboration, 4D, digital twins, drones, and more.

The Forge – Presented by Josh Harding

Last but not least, we heard from Josh Harding, Senior BIM and Digital Construction Manager at Sir Robert McAlpine, who explored The Forge office development in London, the world’s first large-scale office scheme to be built using a standardised “kit of parts” approach.

The Forge is testament to the benefits of combining Modern Methods of Construction (MMC), such as platform design for manufacture and assembly (P-DfMA), with state of the art AI, machine learning and IoT technologies.

The project serves a real use case that helps build confidence in a variety of niche tools and technologies. It is also a testament of the power of collaboration between contractors, tech firms, government and academia.

“The event was great. So much information in a reasonably short amount of time, which worked well with a busy schedule. Looking forward to the next one!”

Don’t miss our next micro-conference – ‘The Building Safety Act: Achieving the golden thread’