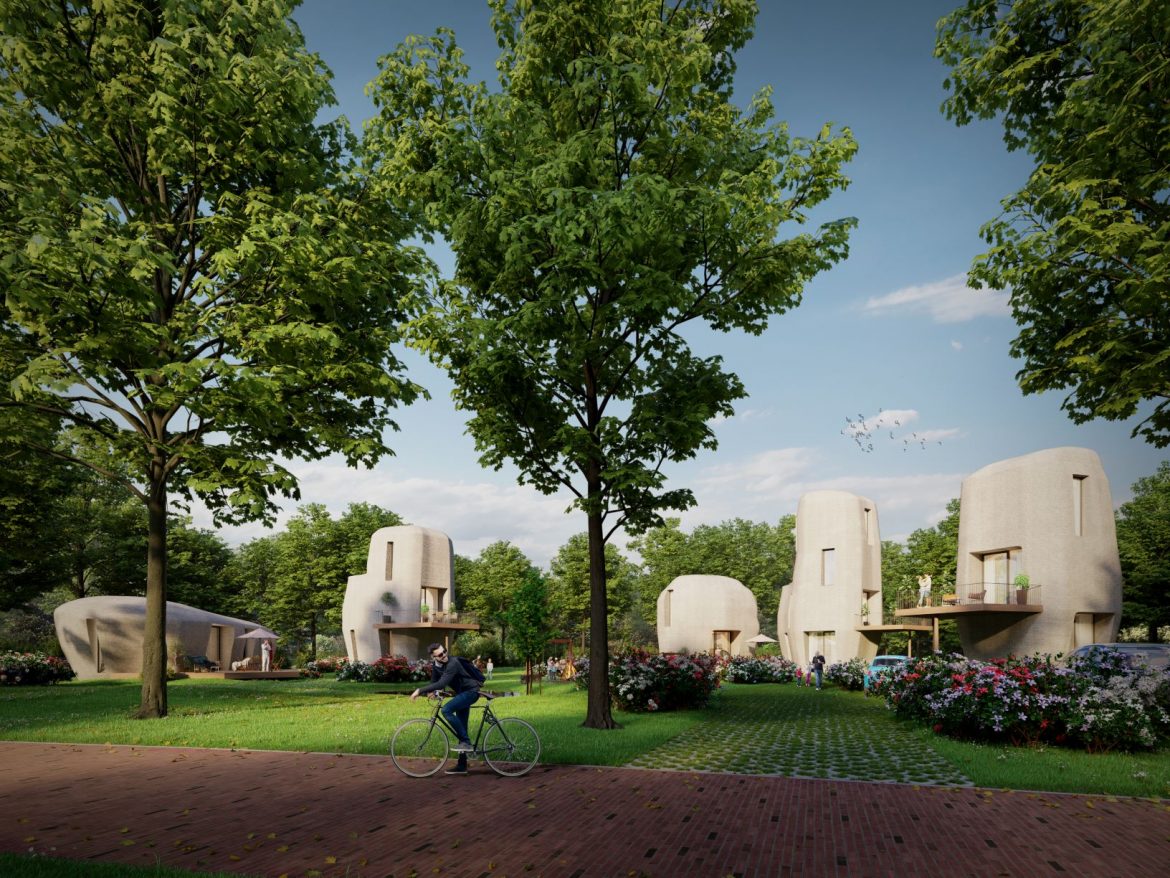 Saint-Gobain has completed the first house made entirely of 3D printed concrete, in the Meerhoven district of Eindhoven in the Netherlands.

The large boulder shaped property, which was designed by Houben/Van Mierlo architects, measures 94 square metres. It consists of 24 printed concrete elements, which are printed layer by layer in a printing plant in Eindhoven. The various elements were delivered to the site by truck and placed on a foundation before the roof, frames and finishing touches were applied. Performant insulation makes the house very energy efficient.

Saint-Gobain, through its Dutch branch Saint-Gobain Weber Beamix has developed special high-tech mortars for use in 3D printing and elaborated the technology with Witteveen + Bos, a consulting and engineering company. Other partners in the project include construction company Van Wijnen, institutional investor Vesteda, the Eindhoven University of Technology and the municipality of Eindhoven.

“3D printing enables more efficient and sustainable construction,” said Bas Huysmans, CEO of Saint Gobain Weber Benelux. “These printed houses use less material, and can be built much faster, with more flexibility and customised and renewed designs. The acceleration of this technology opens up new possibilities for construction.”

This property has been constructed as part of Project Milestone, the world’s first commercial housing project based on 3D-concrete printing. The programme involves building five 3D printed concrete houses one after the other, so that each new construction can be optimised by learning from the previous ones.

They keys have now been handed over to the resident of the first home and the houses are intended to be occupied for at least several decades.

Saint-Gobain, which designs, manufactures and distributes materials and solutions for the construction, mobility, healthcare and other industrial application markets has a strategy of responsible growth, guided by its purpose of “making the world a better home,” and is committed to achieving Carbon Neutrality by 2050.

Read next: Project launched to make bricks from construction waste