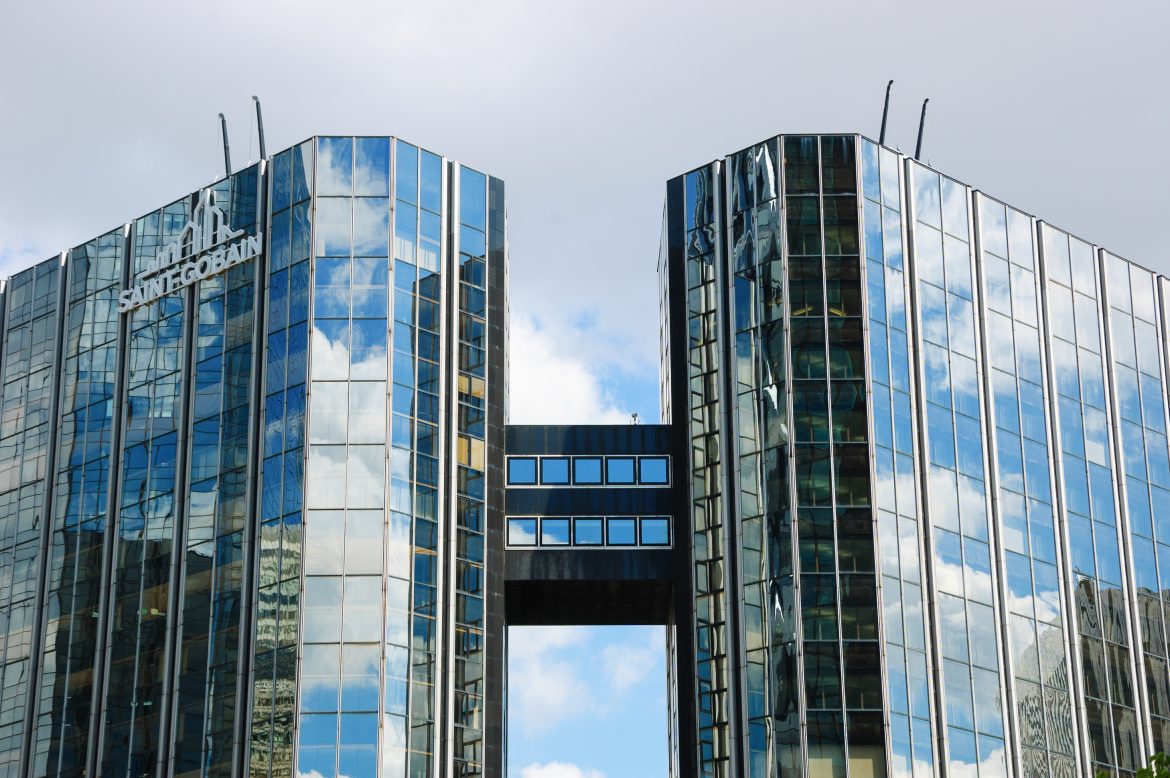 Saint-Gobain has awarded three of its brands a combined £650,000 as part of its INVEST Carbon fund – to support the decarbonisation of its businesses on a journey to net-zero carbon by 2050.

Jewson, Artex, and Jewson Civils Frazer will benefit from the INVEST Carbon fund, which is one of two carbon funds available to businesses and employees to suggest ways to effect decarbonisation.

Artex, a distribution business based in Ruddington, Nottinghamshire, secured £300,000 to fund the installation of a biomass heating system.

The goal is to completely replace and decarbonise the site’s heating system, which could reduce CO2 emissions by 150 tonnes a year.

Builders merchant Jewson has received £250,000 to spend on its Wishaw branch in North Lanarkshire.

The funds will be used to install high-performing insulation, LED lighting, solar photovoltaics, and an air-source heat pump to reduce CO2 emissions by up to 19 tonnes a year.

Jewson Civils Frazer, a provider of specialist civils and utility products, has received over £100,000 of funding to replace existing electric heating systems with air-source heat pumps in four of its UK sites, with the aim of saving 56 tonnes of CO2 a year.

In addition to these investments, colleagues in the UK and Ireland have been submitting their ideas to reduce non-industrial CO2 emissions.

These proposals were shortlisted by Saint-Gobain’s Net Zero Carbon Colleague Assembly and submitted to the Carbon Fund, where a committee chose the most impactful winning projects.

Mike Chaldecott, chief executive of Saint-Gobain UK and Ireland, said: “Our organisation remains committed to reducing its carbon emissions and Making the World a Better Home.

“Our Carbon Funds encourage our employees to come up with innovative ideas for change from small every-day actions to high-impact investments.

“As they deliver their projects later this year, our colleagues will be making tangible differences to their work environments and climate change.

“The funds will grow in size over the years ahead – for every tonne of carbon saved by the business an extra €50 will be added to the size of the fund.”

Saint-Gobain is in the process of finalising its zero-carbon roadmap, which will set out a path for each of its businesses to meet medium-term Science Based Targets for 2030 and to become net-zero carbon by 2050.