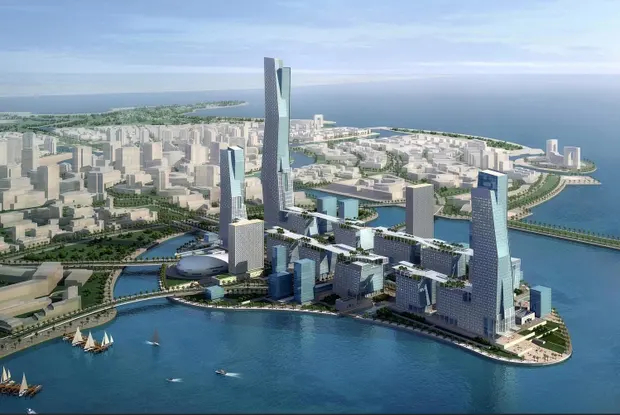 Work will begin as early as this month on a $5bn (£3.8bn) project to produce green hydrogen at Saudi Arabia’s futuristic Neom megaproject.

The plant is being built by Pennsylvanian company Air Products, which agreed a deal for the scheme in July 2020.

The plant will use 4GW of wind and solar electricity in a bid to produce more than 650 tonnes of hydrogen a day from 120 Thyssenkrupp electrolysers, each about 40m long.

The project is expected to be complete in 2026.

The hydrogen will be made in the form of ammonia, which is easier to transport than hydrogen in its liquid form.

So far, site preparation work has been in progress, and this will give way to building in the next few days.

The announcement was made by Peter Terium, the chief executive of Enowa, which is Neom’s energy, water and hydrogen subsidiary.

He told Bloomberg that the plant would enable Saudi Arabia to compete with China, South Korea, Europe and the US, all of which are ramping up their own hydrogen sectors.

The Neom economic zone is located in Saudi Arabia’s northwest, on the coasts of the Red Sea and Gulf of Aqaba. As well as advanced manufacturing, it will be home to The Line – a car-free, zero-carbon city with 1 million inhabitants and no roads, laid out as a 170km-long belt with services and transport infrastructure built underground.