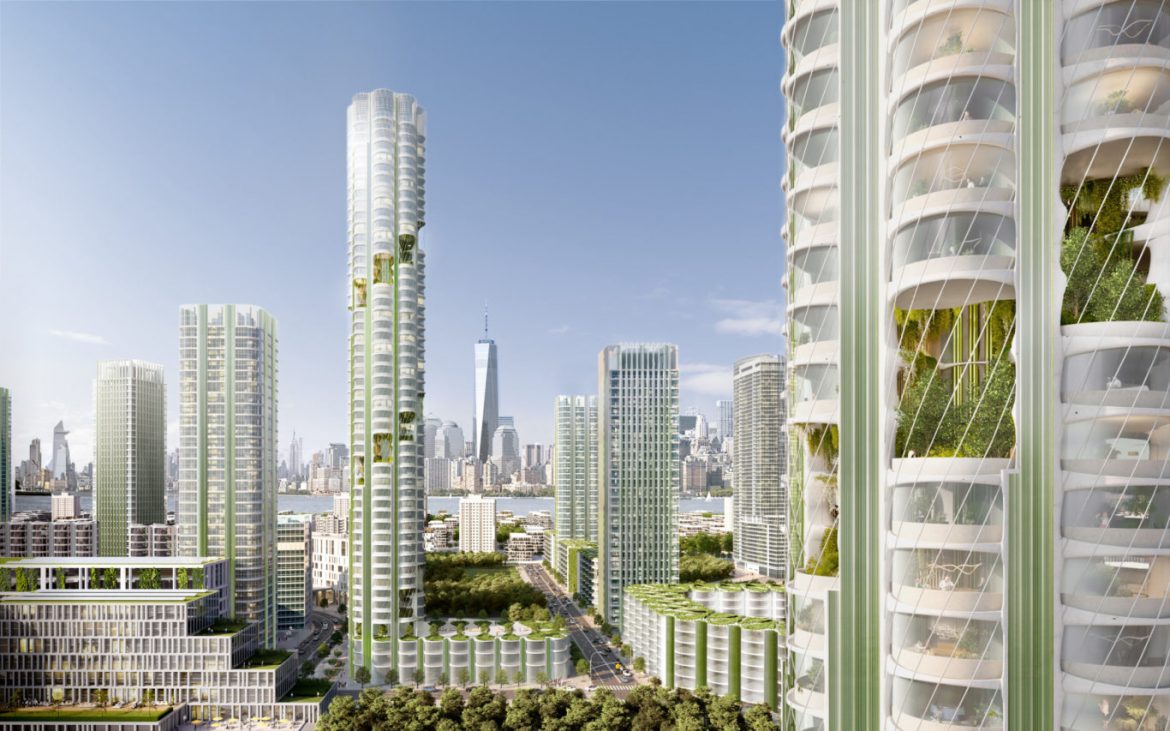 Skidmore, Owings & Merrill (SOM) has unveiled its proposal for how architecture could move beyond net-zero to create ‘climate positive’ buildings.

The prototype high-rise – dubbed ‘Urban Sequoia’ – would be built using carbon-storing biomaterials such as hempcrete and timber, as well as direct air capture technologies.

According to SOM this could sequester up to 400% more carbon over the course of the building’s 60-year lifespan than emitted during its construction.

Created by a global interdisciplinary team at SOM the concept was presented by Kent Jackson, Partner, and Mina Hasman, Senior Associate Principal, live at the COP26 Buildings Pavilion last week.

The central idea of Urban Sequoia is that the built environment can absorb carbon.

Chris Cooper, SOM Partner, explains: “We are quickly evolving beyond the idea of being carbon neutral. The time has passed to talk about neutrality.

“Our proposal for Urban Sequoia – and ultimately entire ‘forests’ of Sequoias – makes buildings, and therefore our cities, part of the solution by designing them to sequester carbon, effectively changing the course of climate change.”

Kent Jackson, SOM Partner, added: “This is a pathway to a more sustainable future that is accessible today. Imagine a world where a building helps to heal the planet.

“We developed our idea so that it could be applied and adapted to meet the needs of any city in the world, with the potential for positive impact at any building scale.”

According to SOM, Urban Sequoia brings together different strands of sustainable design thinking, the latest innovations, and emerging technologies and reimagines them at the scale of a building.

Materials like bio-brick, hempcrete, timber, and biocrete reduce the carbon impact of construction by 50% compared to concrete and steel.

Yasemin Kologlu, Principal at SOM, said: “The power of this idea is how achievable it is. Our proposal brings together new design ideas with nature-based solutions, emerging and current carbon absorption technologies and integrates them in ways not done before in the built environment.”